I was searching our forum for Tom's name to put this announcement under, and one topic was this one that could use a bump, but my old friend was just mentioned in passing in an article by a Jew who was badmouthing me 12 or so years ago: viewtopic.php?p=15423#p15423

An article in the San Diego paper tells more about his career (while smearing him), and how the SPLC hounded him and took away his home over a specious vicarious liability civil suit. But the SPLC hate group didn't slow Tom down a bit in his fight for the White race. So let's put this here on WB with the SPLC: https://timesofsandiego.com/life/2020/1 ... -congress/ 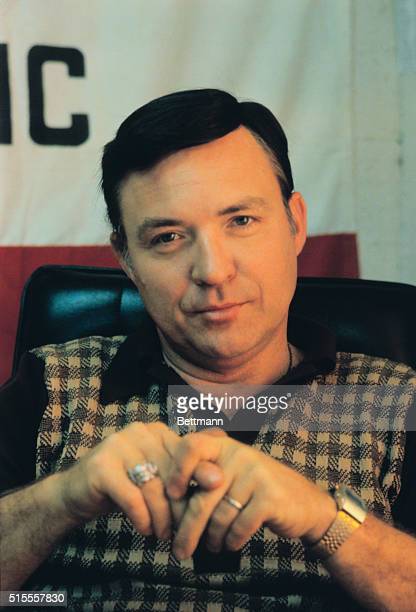 Here is a more appropriate piece about Tom from his Website resist.com:

White Aryan Resistance
Is An Educational Repository On The Benefits Of Racial Separation, Highlighting The Dangers Of Multiculturalism And Promoting Racial Identity And A Territorial Imperative.

How did Tom Metzger come to be?
From “Eye of the Storm”- Carter
A 1978 genealogy study of my family traced the Leiter and Rickel surnames to the time of ancient Rome, when nomadic tribes settled the hills and plains of what is now Rome. According to that study, I come from a long line of fighters and free thinkers. One of my ancestors was a Roman warrior. Another was Martin Luther, the rebellious German monk who broke with the Roman Catholic Church in 1520 and led the Protestant Reformation. Luther was the family’s first true rebel. Other ancestors include a Union admiral and a Confederate army general.

The System Invented Tom Metzger
The way I see things, the system invented Tom Metzger. It started way back in the early 1960s, when I was working on the presidential campaigns of Barry Goldwater and George Wallace, and on the gubernatorial campaign of Ronald Reagan. I learned then how the big boys played the game — nice and dirty. As a result, I’ve dedicated my life to fighting corruption, dishonesty, and thievery in our government and in our society. Unlike most Americans, whom I call an apathetic flock of zombies, I decided to do something about the problems that face this once great nation. And, as odd as it may sound to the average person, I did it through the John Birch Society, the anti-tax movement, and the Ku Klux Klan. I do it now through the White Aryan Resistance.


As long as you keep your nose clean and play the system’s game, they don’t hassle you very much,” I said. “You can go around saying you’re as free as a bird. But once you start challenging the system, as I do, then you find out just how crooked and un-democratic things really are. -Tom Metzger


The problem is, now that the system has totally constructed me, the feds, the fat-cat capitalists, and the big-money politicians don’t like what they see. They hate me, and they bate what I stand for. I went from being a right-wing conservative, campaigning for Goldwater, Wallace, and Reagan, to a full-blown, anti-system person. And this person says it’s time that some things were changed.

My desire and energy to take on the status quo comes directly from a sense of being inquisitive. In fact, as a boy growing up, when I was told that I could not or should not do something, that was precisely what I wanted to do. Most kids stop being that way after they get a little older. They get snivel-ized, as I call it. But I never stopped. I’ve always challenged authority. When I see something that doesn’t make sense or doesn’t seem right, I challenge it. And the big boys don’t like that. -Tom Metzger
Top

When I think of Tom Metgzer, I can't help but think of Dr. Pierce, and other legends of that era. Louis Beam David Duke GLR Koehl Will Williams the Order Pastor Butler these men influenced me they helped my awakening. Regardless of their faith. I often wonder what men are currently stepping up in their own way to make a legacy.
If you worship your enemy, you are defeated.
If you adopt your enemy's religion, you are enslaved If you breed with your enemy, you are destroyed Will Williams
Top

Estwing wrote: ↑
Fri Nov 13, 2020 3:53 pm
When I think of Tom Metgzer, I can't help but think of Dr. Pierce, and other legends of that era. Louis Beam David Duke GLR Koehl Will Williams the Order Pastor Butler these men influenced me they helped my awakening. Regardless of their faith. I often wonder what men are currently stepping up in their own way to make a legacy.

I don't believe anyone's trying to make a legacy, Estwing. What we're doing is our level best to get Whites moving in our direction instead of the suicidal one that so many are on now. This is a tough task, too many bystanders who just gawk at what's going on, or are doing things that in the end make no difference at all.

Many of those you just mentioned were aiming to light a fire in the bellies of you and the rest of our people, but I believe we all can do as they did-which is to say to get a message out, help others to get self-educated in what we're about in order to have them give some of their strength to add to our strength.
Activism materials available! ===> Contact me via PM to obtain quantities of the "Send Them Back", "NA Health Warning #1 +#2+#3" stickers, and any fliers listed in the Alliance website's flier webpage.
Top

Well I dont know who."we" is. On a personal level, every man should be making a legacy for himself. After all that is the eternal life (in essence) of cosmotheism, a man's legacy. At least that my interpretation.
If you worship your enemy, you are defeated.
If you adopt your enemy's religion, you are enslaved If you breed with your enemy, you are destroyed Will Williams
Top
Post Reply
4 posts • Page 1 of 1