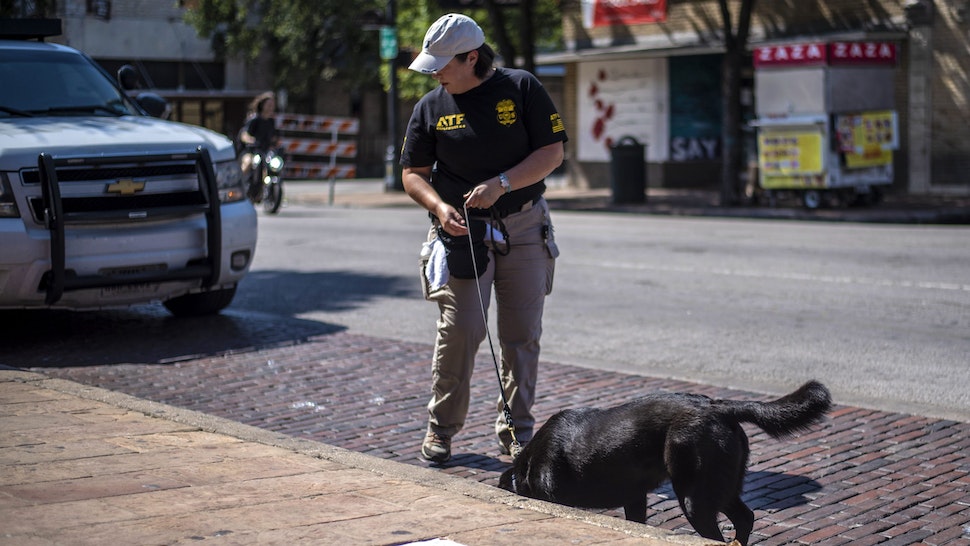 A newspaper in Texas said on Saturday that it is not publishing the description that local law enforcement gave of a man suspected of shooting 13 people on Friday night because it “could be harmful in perpetuating stereotypes.”

“Someone opened fire in a popular entertainment district in downtown Austin early Saturday, wounding 13 people, including two critically, before getting away,” the AP reported. “Investigators were looking into what sparked the shooting but were not able to get a detailed description of the shooter, though they believe it was a man and were going through surveillance video and other evidence, interim Police Chief Joseph Chacon said at a 4 a.m. news conference.”

The Austin American-Statesman reported that law enforcement had “zeroed in on two suspects” believed to have been involved in the shooting.

At the bottom of the Austin American-Statesman’s report, the newspaper explained that it was not going to give the description that law enforcement provided of one of the suspects:

Editor’s note: Police have only released a vague description of the suspected shooter as of Saturday morning. The Austin American-Statesman is not including the description as it is too vague at this time to be useful in identifying the shooter and such publication could be harmful in perpetuating stereotypes. If more detailed information is released, we will update our reporting.

In a statement, the Austin Police Department described the suspect as “a black male, with dread locks, wearing a black shirt and a skinny build.”

The description was included in the following statement from the department:

The Austin Police Department continues to investigate an early morning shooting that occurred in Downtown Austin where 13 victims sustained gunshot wounds or were injured, and a suspect(s) remains at-large.

On Saturday, June 12, 2021, at 1:24 a.m., Austin police responded to multiple shots fired near the 400 block of E. 6th Street. At that time, a large crowd of people began to disperse in the area. Officers initially located several victims who had sustained gunshot wounds and were injured. Officers immediately began performing life-saving measures on multiple victims. Officers transported six victims in police vehicles to the hospital. Three victims were transported in personal vehicles and Austin-Travis County EMS transported four victims to local hospitals.

There were a total of 13 victims who sustained gunshot wounds or were injured. Eleven victims are in stable condition, and two victims are in critical condition. At this time, no fatalities have been reported.

The suspect(s) remains at-large. It is unknown if there is one, or multiple suspects involved. There is one suspect described as a black male, with dread locks, wearing a black shirt and a skinny build. The area will be closed for an extended amount of time to process the crime scene. Investigators are collecting and reviewing camera footage and surveillance video.

At this time, this appears to be an isolated incident. The investigation is ongoing and this information is preliminary. Detectives are asking anyone with information or video of the incident to call APD Aggravated Assault Unit at 512-974-TIPS, utilize the Crime Stoppers tip line at 512-472-8477 (TIPS), or the Crime Stoppers app. You may remain anonymous.

Lived in that town long ago. Left and never looked back. It was getting bad then. The folks I know that are still there can't wait to leave. It's San Francisco 2.0. The progressive marxist politicians have taken over.
Fear no beast, no matter it's size
Top

They are doing the same in Germany too, I've been told. Whenever a girl gets gang raped on her way home - something that, after Germany has been culturally enriched with Middle Easterners and Sub-Saharan anthropoids, is quite common - the police is always looking for: "man." I'm not joking. This is literally what remains in the police report after the censorship: "The suspect is being described as: man. If you witnessed the incident or have any information that might prove useful please contact your local police station or call..." If it wasn't us being exterminated, I would laugh.
Top

So true. Saw a report out of Austria where a gang rape was reported and, the paper reported that it was Afghani's or Middle Easterners. Next day they had a mob of female "activists" terrorizing their offices for reporting the race of the rapists. Clown world.
Fear no beast, no matter it's size
Top

On learning the description of the robber/s, the attendant policemen simply closed the book....
Top

Unreal. A federal crime....but it doesn't fit the narrative so never mind.
Fear no beast, no matter it's size
Top

The system is cracking apart faster with time. Safe havens for Whites are far and few between. Cosmotheist communities are our answer to this.
Activism materials available! ===> Contact me via PM to obtain quantities of the "Send Them Back", "NA Health Warning #1 +#2+#3" stickers, and any fliers listed in the Alliance website's flier webpage.
Top

The system is cracking apart faster with time. Safe havens for Whites are far and few between. Cosmotheist communities are our answer to this.

Can't agree more that "private" communities are the only answer for the foreseeable future. The once very white suburbs all around me have turned into multi cultural hell holes just in the last 3 years. The all white gated community my buddy lives in, is now almost 1/3 rental houses with Negroes. 92 homes, 27 are now rentals for blacks. And those houses are nice. It's maddening.
Fear no beast, no matter it's size
Top

In multi-cult America if the Blacks can afford it by themselves (or with government assistance) there's nothing stopping them from living where they want to. It's a fact of life. I don't really understand how the suburbanites thought they were safe? I guess they figured price point, but they should've known the great equalizer would be coming to fix that. There's many Blacks now a days that make more money than you or me ever will via affirmative action.
Top

I knew they would make it to my suburb when I bought here 15 years ago, didn't know how long it would take. Where there were cattle, there is now a massive high school. What has shocked me is how quick it has flipped, seemingly overnight. Not only evident in the neighborhoods, but stores and restaurants as well. Couple that with the inflated real estate market now, I have to put off some plans for an unknown length of time. And it eats at my gut everyday.
Fear no beast, no matter it's size
Top
Post Reply
10 posts • Page 1 of 1