The pensioner sat in a grand chair in front of an American flag to address his fans following the horrific scenes as a violent and brutal mob stormed the Capitol building in a deadly riot on Wednesday.

Five people died during an attempted insurrection when Donald Trump ’s supporters tried to overturn the result of the election he lost.

Addressing fans, Arnie said: “As an immigrant to this country, I would like to say a few words to my fellow Americans, and to our friends around the world about the events of recent days."

“I grew up in Austria, he began. “I’m very aware of Kristallnacht, or the Night of Broken Glass.
“It was night of rampage against the Jews carried out in 1938 by the Nazi equivalent of the Proud Boys.
“Wednesday was the Day of Broken Glass right here in the United States.
“The broken glass was in the windows of the United States Capitol.

What the heck 'Arnie'? Were you high on that California Wacky Weed when you wrote this? Maybe someone can explain to me what these Trump supporters protesting at the Capitol (I would argue completely ignorant of the JQ) has to do with anti-semitism.

I don’t expect much from a guy whose neck is bigger than his head.

You aren't wrong, but I've always thought he was a pretty impressive body builder. Too bad he's a racemixer and semite apologist. I just posted this because it amazes me how the Jews have to be brought into everything as a victim, no matter what it is. They used Arnold to do it this time. How he can know what happened on 'kristallnacht' when he was born in 1947.. /shrug.

Guess the Jews phoned it in, "You're from Austria !! Say something about us!" Gross. Can't imagine being someone's puppet like that, willingly.
Top

All Hollywood high-profile actors are paid prostitutes and do whatever their paymasters like. Schwarzenegger is a contemptible creature raised to the sky by movie industry as a role-model. All movies with his participation are so stupid and one-sided that you can’t feel anything except disgust and pity about lost time watching this trash. Except “Terminator”, but it is not his merit. Hollywood used Schwarzenegger to introduce and promote anti-social behavior among children and young people. This brute was portrayed as an ultimate hero that every male should try to emulate. I remember perfectly well the time of Shwarzenegger-mania of early 1990-es in Russia. Millions of Russian teen-agers had his posters on their walls; these pictures were treated like holy icons. They virtually worshipped him and tried to behave in the same way. It did little good for them and put in trouble many. Schwarzenegger is yet one of many anti-social provocateurs that was used by jewish masters to introduce seeds of destruction into white society. So, be cursed, you vile Arni, you did too much harm, even here in Russia, where thousands of young males found their place in prisons for simple reason of emulating your anti-social behavior. And this vile creature, after having done so much evil, dares to weep about “broken glass” and pogroms? What did you promote in your low-brow movies, you, scoundrel? Be cursed forever and let your children be treated in real life like your movie characters treated other people.
Top

Excellent summation. Arni is a stupid big sack of muscles; nothing more. His head has only one purpose: to chew food.
Top

Wolf Stoner wrote: ↑
Tue Jan 12, 2021 6:32 pm
...Schwarzenegger is yet one of many anti-social provocateurs that was used by jewish masters to introduce seeds of destruction into white society...

The former champion steroidal bodybuilder made it big in America, first in Hollywood; married up to JFK's niece in '86, then made it big in politics, but what an empty-headed dolt.

After having four children with wife Maria, he couldn't keep it in his pants and produced a mixed-race child with the Guatemalan maid (pictured). Yes, though worth $400 million the actor set some example for how not to act.

By the way, it is an honor to have you join this forum.
Top 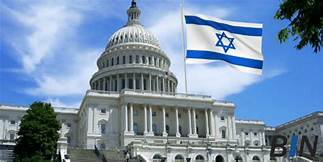 Tel Aviv on the Potomac
Welcome, Wolf. The quality of comments here at our little WB forum has already gone up considerably with your presence. We hope to see more from you whenever you have the time.

One section where you might add your unique perspective is Good News From United Russia:https://whitebiocentrism.com/viewtopic. ... &start=110 We American really don't know what we're talking about when it comes to Russia. Some news is encouraging, but most is not.
Top
Post Reply
9 posts • Page 1 of 1