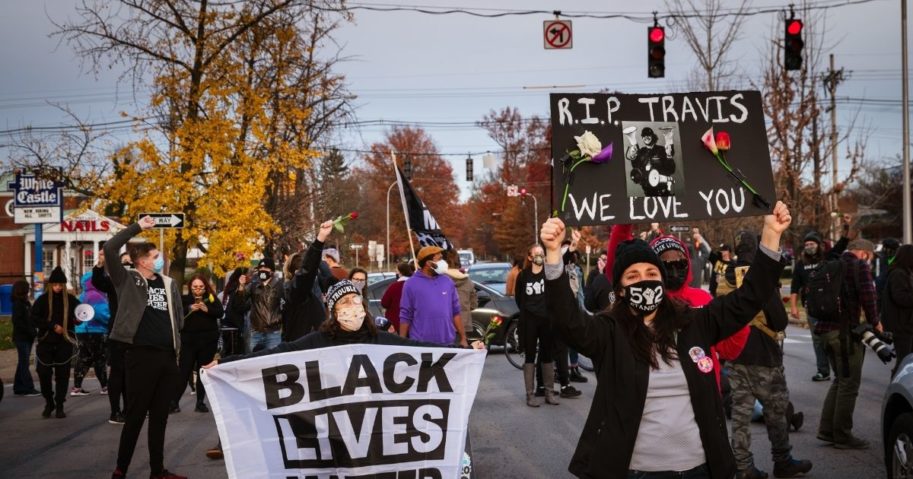 In 2020, white supremacist racism is roundly denounced and condemned by an overwhelming majority of civilized countries around the world.


Far-left, anti-white racism, however, continues to be fully embraced by the left.

The most recent example of this comes from Mamadou Ba, the head of SOS Racismo, a Portuguese anti-hate group.

At a recent online conference on “hate speech,” Ba explained the necessity to “kill the white man, murderer, colonial and racist” in order to “avoid the death of the black political subject” as reported by Correio da Manhã, a Portuguese daily newspaper.

The Portuguese outlet went on to explain that Ba was quoting (presumably in agreement) Frantz Fanon, a French philosopher who specialized in the “psychopathology of colonization.”

The conference, which took place on Nov. 21, was dedicated to the theme of “Racism and the Advancement of Hate Speech in the World.”

In other words, this conference was yet another example of left-wing racism masquerading as progressive “anti-racism.”

Anti-racism, the philosophy which activists such as Mamadou Ba advance, has been known to promote racial bigotry and racial stereotypes of this exact sort.

In fact, the tenets of anti-racism are quite contradictory to the philosophy’s namesake.

Ironically, many of those core ideas line up with the bigotted principles of white supremacy.

For example, anti-racism forwards the idea that attributes such as “rugged individualism,” “self-reliance,” hard work and respect for authority are all examples of “whiteness.”

Additionally, anti-racism requires its followers to be constantly thinking about race in every interaction people have with one another.

Treating individuals equally without regard for their skin color, an idea known as colorblindness, is considered to be incredibly problematic by anti-racists.

This is merely a facade used by white people to uphold their system of white supremacy, according the strange ideology of anti-racist activists.

In the end, this ideology is teaching the exact opposite of what it claims — that people should be judged and treated differently based on whatever their racial identity happens to be.

Leftists are correct when they claim that racism is on the rise again.

Sadly, they fail to realize that they’re the ones responsible.