Trump hating Judge Amy Berman Jackson seems determined to send Trump loyalist Roger Stone to his death at a dangerous correctional facility in Jesup, Georgia where the dangers of COVID-19 infection for the 67 year old Stone will likley kill him, ending the possibility that her corruption and misconduct in his trial will ever be exposed on appeal.

The judge purported to base her decision in part on the fact that there are no reported cases of inmates testing positive at the prison in Georgia to which Mr. Stone is being sent. Yet , as another judge opined in ordering the release of an inmate, this only means no “confirmed” cases. Only 30 or fewer inmates out of over 1400 inmates at the facility have ever been tested, and at least one study has shown that 70% of inmates who get tested test positive. 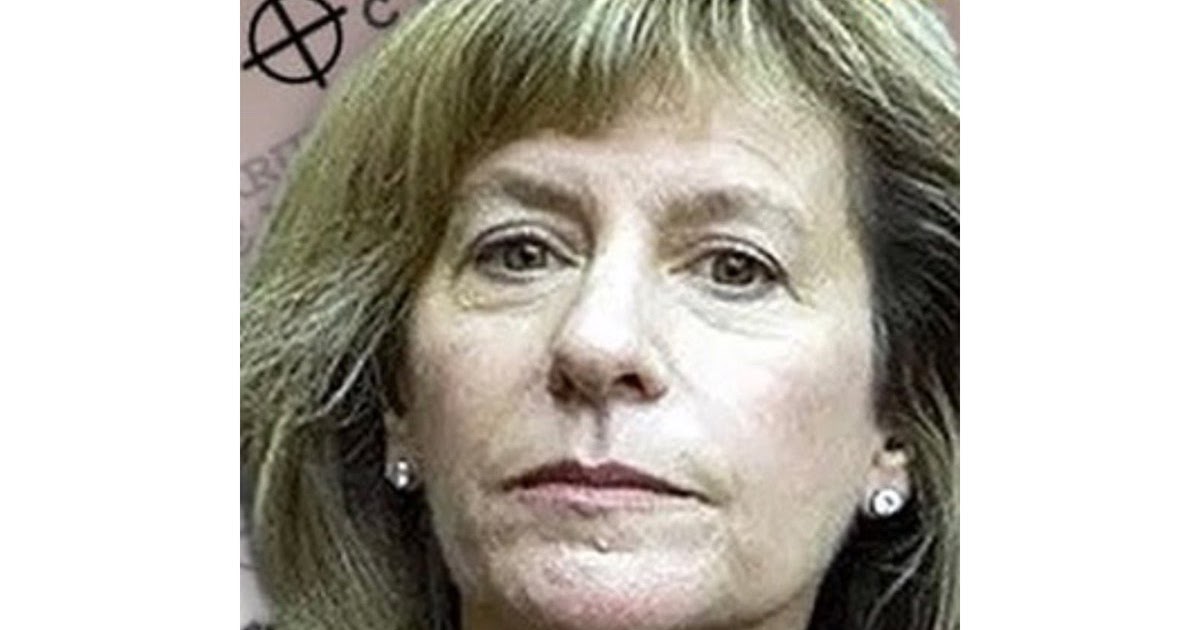 More details of this case from a correspondent:
---
At Roger Stone’s sentencing, following his conviction by a jury in Washington, DC, that was led by an irretrievably politically biased foreperson, the presiding federal judge, Amy Berman Jackson, announced to her captive audience how fortunate we as a nation are that defendants like Roger Stone are sentenced by completely neutral judges like her.

Similarly, when Jackson denied Roger Stone’s request last week to extend his date to surrender to prison by 60 days based on his life-threatening medical conditions if exposed to the COVID-19 virus in the confines of a federal prison where it currently is running rampant, Judge Jackson assured the public that her “guiding principle” was that Mr. Stone should be given no more, nor less consideration than any other similarly situated defendant.

Both of these remarks were as disingenous and as far removed from reality as one ever could imagine. Her bias and her total lack of even-handedness are by now undeniable and, indeed, we as a nation suffer when our criminal justice system is blatantly politicized by even a single judge.

Judge Jackson’s politically motivated comments at Mr. Stone’s sentencing are legendary and reflected anything but neutrality. She went through the motions of listening to Stone’s sentencing presentation, left the courtroom, and came back minutes later with pages of notes obviously written well in advance, that she simply read out loud, making a mockery of the idea that she was in any way a neutral arbiter actually considering facts and arguments made before her.

The jury and American public were told at the start of the prosecution against Roger Stone that the case was about his interference with an investigation into Russian collusion. You can imagine the surprise of many then, when Judge Jackson read from her notes at sentencing that the case against Roger Stone had nothing whatsoever to do with Russia. Instead, she read, it was about Stone’s efforts to obtain Hillary Clinton’s emails from Wikileaks as part of an opposition research move. Opposition research like what we now know the Clinton campaign and the DNC paid for to use against the Trump campaign.

No matter to this judge that Hillary Clinton was a client of Mr. Mueller’s law firm or even that the lead prosecutor in the Stone case was Ms. Clinton’s personal lawyer from that law firm in Clinton’s own email scandal.

But Judge Jackson went further at Stone’s sentencing in demonstrating her purported neutrality and her commitment to avoid politicizing the proceedings. She declared that Roger Stone’s actual motivation was to cover up for President Trump. Nevermind that this was never charged in the case and there was no such evidence; this was her day to read from her notes and there was no stopping her.

Her anti-Trump diatribe went on for a while; but then she got back to her made up view of the case at hand and she showed off her additional expertise in the area of foreign relations and intelligence. She told her captive audience that Congressman Nunes’s Committee investigating Russian collusion had made a mistake in its findings and that Roger Stone’s actions were responsible for these wrong conclusions.

Except, the very next day after the Stone sentencing, Congressman Nunes’s office issued a statement unequivocally repudiating what Judge Jackson had said in sentencing Mr. Stone and correctly noting that Mr. Stone had no impact whatsoever on the Nunes Committee’s investigation or its findings and was barely even mentioned in the Committee report.

There is much more to say about the judge’s sense of neutrality that her prepared statement at sentencing revealed. Suffice it to say that perhaps the jury foreperson who we know now felt comfortable posting social media attacks on President Trump and his associates did not have to look far to believe that such conduct would be licensed by Judge Jackson when it finally came to light.

As for Judge Jackson’s claim that her “guiding principle” in denying Mr. Stone’s medically indicated motion for a 60 day extension of time to report to prison was to make sure that he was treated the same as all others similarly situated, it was honored only in the breach, and likely with life-threatening consequences, according to the medical experts. In actuality, she made no pretense of following any such guiding principle at all. She not only denied the motion, she discounted or totally ignored undisputed specific medical evidence of the risk of death Stone faces and then punished Stone for making the motion.

In fact, by denying Mr. Stone’s recent motion to extend his surrender date for medical reasons, Jackson actually treated Mr. Stone more harshly than any other defendant in any federal court in the country on this issue and did so, despite being alerted to a uniform policy from the Justice Department agreeing to extend surrender dates in every case. In fact, as Jackson well knows, in denying this medically supported request, unopposed even by the prosecutors in the case, who have demonstrated their own hatred toward Mr. Stone and the President on more than enough occasions, she is sending Mr. Stone to a prison from which inmates are being released before serving their full sentences, specifically because of the health risks they face there.

Jackson not only ignored every decision from other judges on her own court uniformly granting surrender date extension motions under the current COVID-19 pandemic, she ignored every other decision granting the same relief to every other requesting defendant in every reported case in the country. So much for insisting on even-handed treatment for Mr. Stone.

But it is even worse than that. The judge purported to base her decision in part on the fact that there are no reported cases of inmates testing positive at the prison in Georgia to which Mr. Stone is being sent. Well, as another judge opined in ordering the release of an inmate from that prison, this only means no “confirmed” cases. Only 30 or fewer inmates out of over 1400 inmates at the facility have ever been tested, and at least one study has shown that 70% of inmates who get tested test positive. The only inmates tested at the prison in question are those who have been quarantined for 14 days prior to their release from the prison.

Even more alarming, just 10 days before Judge Jackson denied Mr. Stone’s request to delay his date to report to the prison, another federal judge ordered the release of a convicted sex offender and child pornographer from that same prison, based on undisputed, front line, first-hand evidence of the dramatic risks of exposure to the COVID-19 virus at that very prison. The evidence is that even the most fundamental protections, like wearing masks and social distancing are nowhere in evidence and the prison’s staff comes and goes from outside the prison each day, in a state with record-number reported cases of COVID-19 spiking each day.

The only “guiding principle” Judge Jackson has demonstrated through her words and actions in the Roger Stone case is her determination to use the case as a vehicle to rail against Donald Trump and punish, to the extent of her ability, on every possible occasion, everyone and everything associated with him.

It was readily apparent from the beginning of the case, it was unabashedly on center stage at Stone’s sentencing, and now it is the driving force behind Judge Jackson’s tortured and indefensible denial of Stone’s unopposed request to delay by 60 days the date he must report to prison, while his conviction is on appeal – a request Stone had to make because of the undisputed, medically documented risk of death he faces in the prison under the widely reported current COVID-19 pandemic situation in our prison system. And a request that has been granted for every other defendant, in every other court in the country, and that is supported by a uniform DOJ policy to consent to the same for every defendant under the current COVID-10 pandemic.

To Judge Jackson’s historic discredit, she has demonstrated that she is committed to her political agenda even literally at the risk of Mr. Stone’s life and even if it means stripping our criminal justice system of its integrity.

It is time for the President to step in, expose the conduct of this judge for what it has been, send the correct message once and for all that the Mueller team was rotten to the core and did irreparable harm to our country, and take the necessary and appropriate steps to save Roger Stone’s life and the integrity of our criminal justice system before it is too late.
Top
Post Reply
1 post • Page 1 of 1