30% Of Americans Still Believe There Is Gold In Fort Knox

30% Of Americans Still Believe There Is Gold In Fort Knox 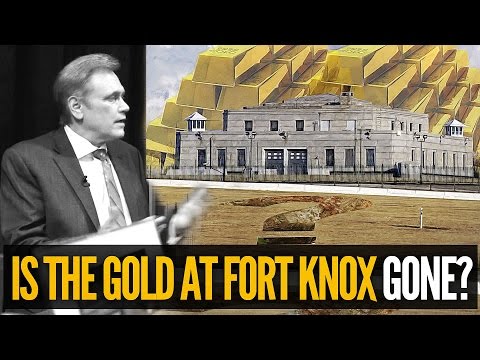 I've been saying that the Jew controls much of the world's wealth and thus power. Without FUNDING Hitler would NEVER have risen to power to lead Germany (ironically) out of the depression and from the path of degeneracy it was headed for. I have a new theory - that the world's gold supply held for "safekeeping", and sitting innocently idle in vaults is under attack. Recently, the Rothschild Bank of England refused to hand over gold being held there for Germany, and more recently to Nicaragua. I sometimes wonder WHY nations with borders, an army and vaults don't store their gold themselves.

It seems that thousands of 'city slickers' died, many from frost-bite climbing mountains to get to the Klondike and California gold rushes. Judging by the pictures, some apparently didn't think about provisions or clothing for such a trek. Such is the allure of gold. I don't believe for a minute that the world's greatest hoarder - the Jew hasn't thought of ways to get at our gold, and already has done so. So the United States is 23 trillion in debt or more (I've heard as much as 200 trillion), and there is gold just sitting there on dusty shelves? Don't think so.

Re: 30% Of Americans Still Believe There Is Gold In Fort Kno

The gold's probably long gone. The US Treasury has refused to allow an audit or inspection of the gold vault since 1986. Prior to 1986 the vault was inspected and audited regularly. The Treasury's given no reason why it no longer allows inspections of the vault. Here's an old photo of the vault door:
66185

In 1933 the 109,000 acres of Ft. Knox were named the US Army's armored warfare school and, became a natural place for the country to store its gold. The bullion vault was completed in 1936 and, the vault and the Armored Warfare School kept each other company for the next 60 years, until the Army moved the School, the tanks, and the troops to Georgia. Fort Knox no longer has any combat units, just a display tank on a pedestal. If you were really guarding thousands of tons of gold, wouldn't you have kept at least a company of tanks and tankers, maybe even a brigade on site? I mean, it's our gold, right? $200 billion worth. Now you can drive by in your car, within a hundred yards, close enough to see the building from an uncontrolled state highway. The only thing between you and the vault is a cable and wire fence.
66186

That's it, in the middle of the aerial photo, between Interstate 31W and Bullion Blvd. It's more like a tourist destination than secure storage for hundreds of billions of dollars worth of gold.
66187

I don't know what technology is in place to protect it but, a ton of Tannerite would take down the whole building so, it doesn't really matter what technology they've got, you could brute force it, since there's no one to stop you. It would take seconds to roll a convoy of heavy equipment off of 31W, crash through the fence and drive directly up to the vault, place your explosives around the building and set them off, then you've got time to clear away the rubble and dig out the gold because there's nobody left with heavy weapons to stop you. Gold is valuable enough to fly it out with a fleet of helicopters. Who cares if you can't take all 6,000 tons, a ton is worth $36 million. A Bell 214 can carry $140 million of gold per trip. That's why I think it's probably empty. They've made it too easy. They treat the place less like a treasure trove and more like a museum.