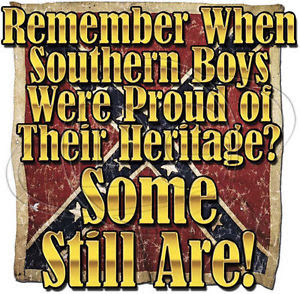 The city of Charlottesville is preparing to appeal its defeat in a lawsuit over two Confederate monuments.
﻿
The Daily Progress reports the City Council on Monday night authorized the city attorney to appeal once a judge delivers his final ruling against removing statues of Robert E. Lee and Stonewall Jackson.

A group of residents sued the city, citing a state law that protects war memorials. The only outstanding issue is their request for more than $600,000 in attorneys' fees. A hearing is scheduled for Oct. 15.

We recently reported that a court injunction would prevent Chatham County, North Carolina from removing its Confederate statue from the courthouse square until the lawsuit filed by the United Daughters of the Confederacy could be heard by the Court. But Superior Court Judge Susan Bray has lifted that injunction Wednesday.

The pattern seems to be that when liberals do not like a court decision, they just find another Judge.

County Manager Dan LaMontagne has promised to remove the statue quickly and well before the matter is heard in court. No doubt, they have no intention of ever returning the statue even if ordered by the Court to do so.

Since the libs can always find another Judge, do lawsuits or rulings even matter anymore? I guess they only do when the decision goes the way of the libs!


NAACP LAWSUIT COULD BE A GAME CHANGER

Virginia's Hanover County School Board voted last year 5-2 to retain the names of Lee-Davis on district schools. The vote followed a school system poll of county residents in which 3 in 4 respondents supported keeping the names.

Now, a year later, the NAACP sued the county over the names, saying they violate the constitutional rights of black students and their families by making them feel unwelcome and creating an unequal learning environment.

The board announced Tuesday night that it will meet behind closed doors next week to “discuss a possible resolution to the pending lawsuit filed in August by the NAACP over the names of Lee-Davis High School and Stonewall Jackson Middle School."

In other words, this means that the district is considering settling the lawsuit out of court. To do this, I am certain that the NAACP will accept nothing short of a name change.

Basically, the NAACP has figured out a new way to punish any organization that dares to keep its heritage.

At the end of his statement, Bourassa said both Lee-Davis and Stonewall Jackson will eventually be rebuilt and “will be renamed pursuant to existing School Board Policy.” That policy states that no school should be named for a person, living or dead.

By settling this asinine lawsuit, the precedent will be set and undoubtedly the NAACP will threaten to sue every school and organization that refuses to bow to its demands. The slope just went from slippery to outright beyond slippery.


IN YET ANOTHER LAWSUIT

The Sons of Confederate Veterans is preparing to sue the city of Columbus, Georgia, over a dispute involving the flying of the Confederate Battle Flag on a historic cemetery’s grounds, regional news outlets reported Thursday.

Martin O’Toole, a spokesman for the Georgia Sons of the Confederate Veterans, said the group plans to file a lawsuit in response to the Columbus City Council voting to rescind a 1994 resolution that had until recently allowed Confederate flags to be flown at Linwood Cemetery, a historic burial ground and the final resting place for scores of Confederate soldiers.

“The draft has already been completed and we’ve sent it to different attorneys for their review,” said Mr. O’Toole, a local ABC outlet reported. “I expect that we will file it this month.”

The City Council voted to rescind the resolution last month after a local chapter of the Sons of Confederate Veterans repeatedly flew the Confederate battle flag at the cemetery despite being a request by officials to display the first national flag of the Confederacy, a design that is different from the more controversial battle flag.

“So, we basically told them that was the one flag we did not want on there,” Mayor Skip Henderson said at the time, WRBL-TV reported last month. “They flew it. So council rescinded that resolution and we very carefully removed the poles.”

Mr. O’Toole said lawyers for the Sons of Confederate Veterans plan to fight the City Council’s decision on two grounds, a local CBS outlet reported. “The major one, the first one, is a violation of the official code of Georgia, annotated section 50-3-1."

We are hearing reports that the board that governs the South Carolina Confederate Relic Room is considering a name change to win corporate donors they fear would be wary of controversy surrounding anything with the name "Confederate."

For the first time since 1993, Democrats took unified control of the Virginia governor's office, state Senate and state House. Expect this to result in new efforts at the State level to remove Confederate monuments statewide. Governor Northam is likely to sign any such legislation that is passed through the Assembly.
Top
Post Reply
1 post • Page 1 of 1