Boris Johnson's full name is Alexander Boris de Pfeffel Johnson. He is a British politician, journalist and historian. Johnson was a Member of Parliament (MP) for Uxbridge and South Ruislip since 2015, and the MP for Henley from 2001 to 2008. He served as Mayor of London for eight years — from 2008 to 2016. From 2016 to 2018, he served as British Foreign Secretary.

He was born on June 19, 1964 (age 55 years), in the US. Johnson was born to British parents in Manhattan's Upper East Side in New York City. He was a US citizen for over 50 years (he is 55 now). His parents registered his brith both the US authorities and the British Consulate in New York, thereby granting him both American and British citizenship.

His father, Stanley Johnson, was an economics student at Columbia University at the time Boris was born. The younger Johnson was a US citizen for decades, until the Internal Revenue Service (IRS) reportedly caught up with him, according to a Newsweek report.

Moreover, his father's other ancestry includes English and French, including descent from King George II of Great Britain. Johnson's mother was Charlotte Fawcett, an artist, who had married Stanley in 1963, prior to their move to the US. Charlotte is the granddaughter of Elias Avery Lowe, a palaeographer and a Russian Jewish immigrant to the US, and Helen Tracy Lowe-Porter, a translator of Thomas Mann. Johnson's maternal great-grandfather was a Lithuanian Jew and Orthodox Jewish rabbi. Johnson's maternal grandfather was the lawyer Sir James Fawcett.

Given his varied ancestry, with a combination of Muslims, Jews, and Christians as great-grandparents, Johnson once described himself as a "one-man melting pot".
---
https://gulfnews.com/world/boris-day-al ... 3826925338

It's good that Boris is intent on getting GB out of the European Union with "Brexit." But can this melting pot demi-Jew be trusted by the true Anglos? His current girlfriend Carrie Symonds is a Jewess.
Top

Trust a politician? I'd trust them to give weight to a rope as they swing, to always be on the lookout for 30 pieces of silver, and to do the wrong thing at the most opportune and needful time to do right. That's about it.
Activism materials available! ===> Contact me via PM to obtain quantities of the "Send Them Back", "NA Health Warning #1 +#2+#3" stickers, and any fliers listed in the Alliance website's flier webpage.
Top

Jim Mathias wrote:Trust a politician? I'd trust them to give weight to a rope as they swing, to always be on the lookout for 30 pieces of silver, and to do the wrong thing at the most opportune and needful time to do right. That's about it. Boris Johnson has admitted he dyes his hair, and that his signature blond bombshell look is not natural, in an explosive interview with the Sunday Times.

The former Mayor of London, who has up until now stayed tight-lipped about how he achieves his trademark look, admitted he uses bleach on his hair.

Initially, when asked, he said his locks were "all natural", but after being pressed for an answer on whether he dyes his hair, he said "yes".

This has shocked the nation - and predictably, some people made it about the EU referendum...

“I remember when he was born in New York, I nipped off to get a pizza and when I returned he was swaddled with all the other babies – but quite distinguishable by his shock of white hair.
“So I can reassure the nation, it’s quite genuine."

But celebrated hair stylist Heinz Schumi claimed the former Mayor of London's hair was dyed in 2015.

In an interview with the Mail, he said: "I'm telling you, it's bleached,

"I went to see him give a speech, and when the spotlights shone on his hair, it was kind of orangey - it doesn't go light enough.

"Also, when hair is bleached, the follicles are broken so you manipulate it how you like - this is what Rod Stewart did, so I am absolutely certain he bleaches it."

Boris Johnson has now denied these claims, after contacting Tim Shipman, who interviewed him in the first instance about his hair.

He has claimed his remarks were a 'joke', and his wife said she would stake Boris and her childrens' lives on the claim that his hair is completely natural. 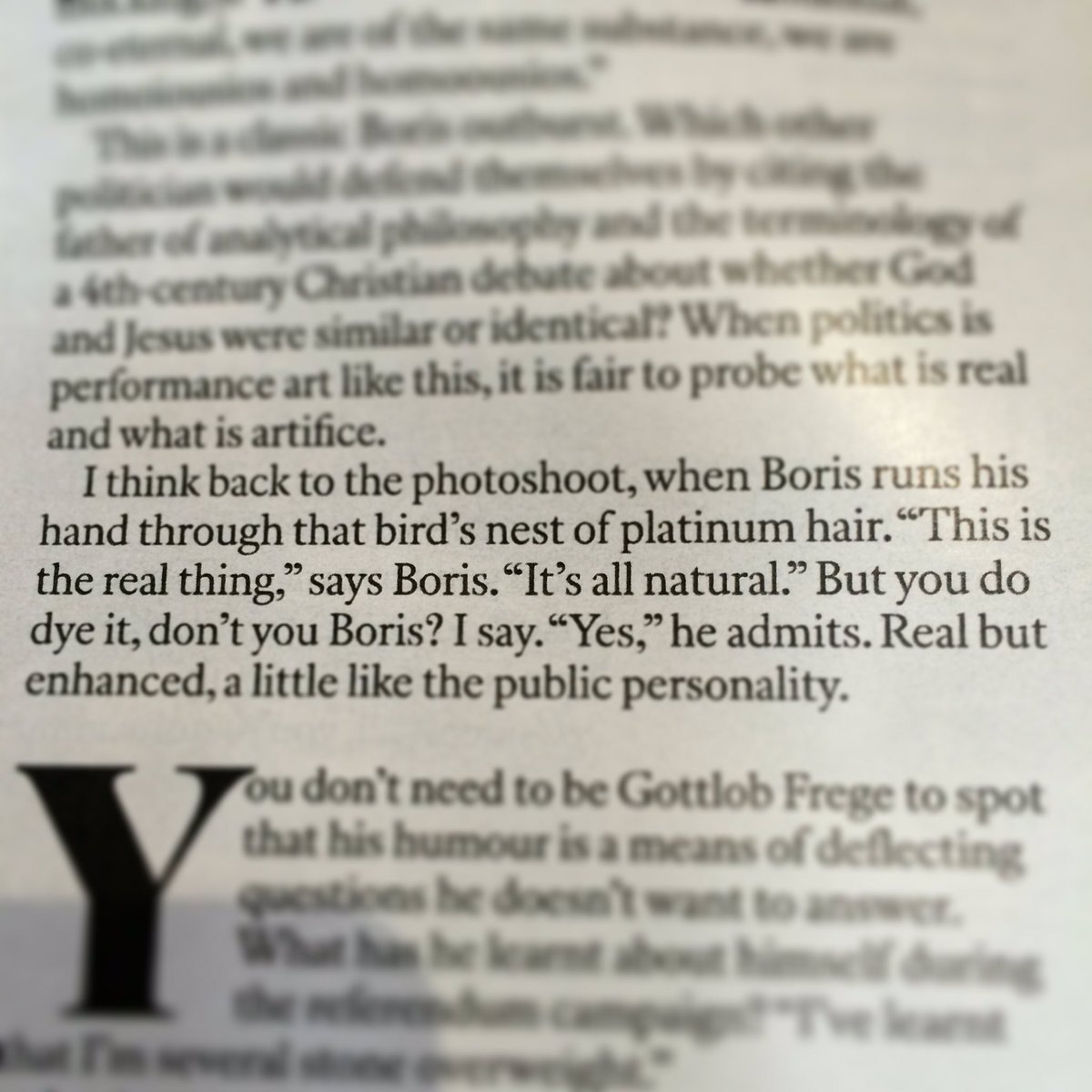