Jataveon Dashawn Gets Whacked With Machete

Jataveon Dashawn Gets Whacked With Machete

The Orange County Sheriff's Office said in a news release Friday that the boy was home alone in Mebane when a woman knocked on the door. About the same time, a man entered the home by breaking a window, grabbed the homeowner's pellet gun and forced the child into a bedroom closet.

The child got a machete and struck the intruder in the back of the head. The man kicked the boy in the stomach and in the side of the head.

The intruder, the woman and a second man standing at a car fled when the intruder realized he was bleeding.

Did they release any information on the kids? I just wonder if he was White or not.
Top

Colin wrote:Did they release any information on the kids? I just wonder if he was White or not.

Of course the boy, Braydon Smith, is White. The injured Jatevean Dashawn is very Colored. He escaped from the hospital in his gown The story here by Tahesha Moise:

11-Year-Old Machete-Swinging Baseball
Star Takes on Suspected Burglar
11-year-old Braydon Smith says he was told to stay in a closet, but instead he came out swinging a machete. He injured one of the three suspects who all ran away.
WFMY News Taheshah Moise
June 14, 2019
Updated: June 15, 2019

MEBANE, N.C. — Breaking Update: Man hit with the machete during the break-in is on the run, after walking out of the hospital. 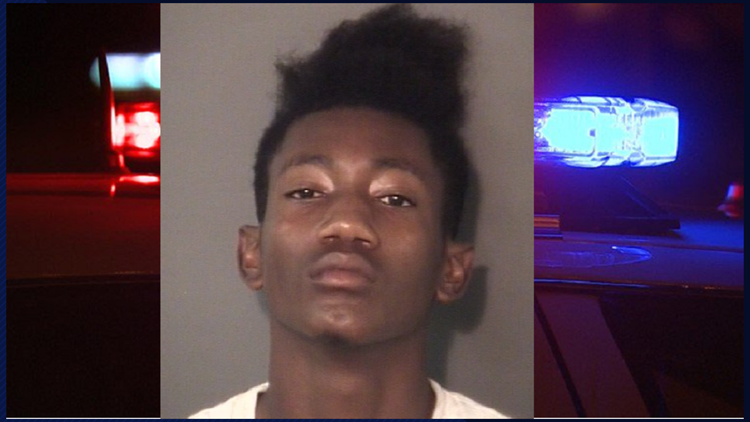 Jatevean "Nappy" Dashawn Hall
1-year-old Braydon Smith knows his way around a baseball diamond. As a player for the Burlington Pirates, he's had some training swinging a bat...but he never thought that training would be useful to him off the field. Friday morning, he was home alone when a stranger knocked on his front door.

"I was hiding behind my door, I didn't answer the door," said Braydon. Braydon says a man then burst through the front door and found him in his room. "When he came in the room, he pointed the gun at me and he told me to sit down on the ground and get in my closet. And I did that."

The suspect went into the living room to gather electronics, then went back to question Braydon.

"He found my phone on the counter and he took the phone but he dropped it, and that's when I picked up my machete and hit him in the back of the head."

"And if I didn't do anything about it, he could've taken me with him. He could have done anything."

The Sheriff's Office says Hall dropped everything and ran, but was later arrested at a local hospital...

Give 11 year old Braydon Smith a life rune, he deserves it. Instead of cowering (as he's taught when confronted with "diversity," he fought back with the spirit of our ancestors.
Contact me via PM to obtain quantities of the "Send Them Back" stickers. Also available are the "NA Health Warning #1" stickers, and any fliers listed in the Alliance website's flier webpage.
Top
Post Reply
4 posts • Page 1 of 1