I am carrying this item to here on White Bio because in my humble
opinion, Iceland is in every sense of the word, probably the last
Caucasian ethno-state left unpolluted on this planet. My understanding
is that there are fewer than one hundred Jews hosting on/in the island
nation. They could be easily dispensed with on a leisurely Icelandic
afternoon - if the collective desire to do so remains.
b

Just how to go about do that? It seems that these Caucasian kinsman are
discovering their roots in their ancient past...a good thing im my opinion.
These folk are nature's beauty...even our own George Lincoln Rockwell took
a wife from there...and from what I understand...she was a real beauty.
4

Wade Hampton III wrote: ...I am carrying this item to here on White Bio because in my humble
opinion, Iceland is in every sense of the word, probably the lastCaucasian ethno-state left unpolluted on this planet

That is only if Icelanders have the will to keep their nation White, Wade. The camels big nose in already under their tent.
--- "Well meaning people don't believe racism exists in Iceland," explains Paul Fontaine, journalist at The Reykjavik Grapevine and former MP for the Left Green Party in Iceland. Fontaine is one the people behind a new Facebook page set up to talk about racism and xenophobia in Iceland in light of recent events such as the appearance of a Pegida Facebook page in the country.

"The purpose of this page is to talk about racism and xenophobia in Iceland and how we can stand united against it," says Fontaine who set up the page along with a group of Icelanders who would like to remain anonymous. " We would like to use the page to expose instances of institutional as well as societal racism and xenophobia that occur in Iceland, on-line and elsewhere. It is meant to be a place for people to show solidarity and to serve as a tool to educate."

Fontaine, who was the first immigrant to take a seat in Icelandic parliament some years ago, says that in recent weeks one thing led to another. "MP Ásmundur Friðriksson's poorly informed statements on Muslims in Iceland were influential in the decision to open this page." Fontaine says that thankfully, Friðriksson's statements which included a suggestion that all Icelandic Muslims should be screened and that he wanted an "open and honest discussion" about Islam in Iceland, were met with strong disapproval from other members of the Independence Party.

"The idea of just wanting an open and honest discussion about Islam has two problems,"Fontaine explains. " First, the idea is predicated on the belief that there isn’t already a discussion (or really, thousands of discussions) about Islam already going on, when this is demonstrably false. Second, it’s not like you can’t just use Google to contact the Muslim Association of Iceland to ask all the questions you want to your heart’s content. No, the people who “just” want to have a discussion about Islam are probably aware there’s discussions about Islam going on – they’re just not the discussions they want to have. They’re usually not interested in talking with Muslims, but about them."

Although there are no extremist groups in Iceland such as Neo-Nazis, Fontaine says that racism is rife in the country. "As an immigrant, its something I've experienced myself. As an example, I've often been called Jewish, as some sort of insult. I'm not Jewish, but take that as a compliment." He also takes radio station Útvarp Saga as an example. "Útvarp Saga is nothing but a platform for hate speech."

The recent establishment of a Pegida page in Iceland has also become a topic of worry. This German organisation has been organising public demonstrations in Germany against what it calls the islamisation of the Western world and has been strongly criticized by German chancellor Angela Merkel.

"We were happy to see that our page has already received many more likes than the Pegida page," says Fontaine who wants to invite immigrants and foreign residents in Iceland to share their stories on the page. "The problem that we have to deal with here in Iceland is not severe, there are no skinhead gangs, no neo-Nazis, and we have an opportunity as a densely populated society to inform each other well. I hope that this page becomes such a platform."
Top

Fontaine, eh? I wonder where that SOB is from. I can guess his ethnicity.
Top

C.E. Whiteoak wrote:Fontaine, eh? I wonder where that SOB is from. I can guess his ethnicity.

It's safe to say he's "not one of us," C.E., though he won a seat in the Iceland parliament -- voted in by Icelanders. 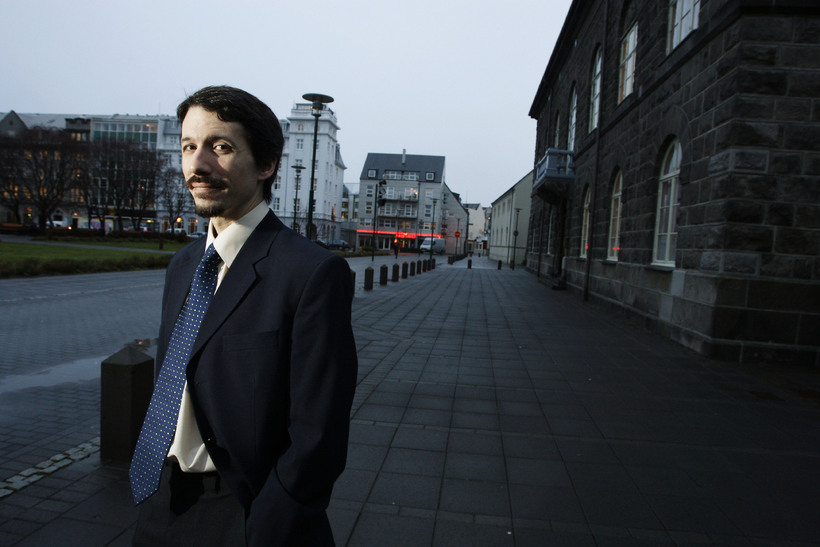