It's not diversity, it's displacement.
Top

I'll let this picture do all the talking.

This has been posted both on Facebook AND on Stormfront today •••


Some Negro getting his jollies beating up an elderly white man in a nursing home.
It's not diversity, it's displacement.
Top


Some Negro getting his jollies beating up an elderly white man in a nursing home.

This story has been making the rounds within online "conservative" media circles, but not the "liberal." The double standards are upsetting many because of this suppression.
Activism materials available! ===> Contact me via PM to obtain quantities of the "Send Them Back", "NA Health Warning #1 +#2+#3" stickers, and any fliers listed in the Alliance website's flier webpage.
Top

By Amanda Prestigiacomo
•
Jun 9th, 2020 DailyWire.com
•
At least one teenager has been arrested after a video blew up online showing the vicious, repeated stabbing of a teen boy in Carrigaline, Ireland, over the weekend.

The victim, a white 17-year-old male, is — amazingly — expected to make a full recovery after the Saturday attack, though it’s unclear what sort of treatments or plastic surgeries he’ll be needing.

“During the video of the attack, the boy can be seen with blood across his face and in a dazed state while lying on the ground as one youth turns him to his side and begins to repeatedly stab and slash his back, the attacker even takes the care to lift his jacket first so his blade can penetrate the child as deep as possible,” reported Irish news outlet The Liberal. “The young boy is stabbed in the lower back, roughly where his liver is or possibly the lung area.”

“The attack is filmed and narrated by another youth who appears to have a London accent and it also shows a young girl attempting to shield the boy from the thugs, begging them to stop, but the youth filming wants to get her out of the way so he can continue to shout ‘look at all the blood, fam,'” the report detailed.

At another point in the video, which has been viewed by The Daily Wire, one of the youths yells, “He’s dead!”


According to the Irish Times, the 17-year-old arrested in connection to the attack “has been remanded on bail and told to stay off social media.”

The alleged assailant appeared at Cork District Court on Monday and was charged with “robbery and assault causing harm to the other teenager, also aged 17, contrary to Section 3 of the Non-Fatal Offences Against the Person Act at Waterpark, Carrigaline on June 6th.”

“Just viewed a disturbing video on twitter (that I won’t post) of young lad beaten and stabbed by teenagers and it claims it happened yesterday in Carrigaline, Co. Cork,” posted Irish talk show host Niall Boylan in reaction to the video. “They continue to stab him and laugh while he lies on the floor bleeding. I hope they go to jail for life.”

Niall Boylan
@Niall_Boylan
Just viewed a disturbing video on twitter (that I won’t post) of young lad beaten and stabbed by teenagers and it claims it happened yesterday in Carrigaline, Co. Cork. They continue to stab him and laugh while he lies on the floor bleeding. I hope they go to jail for life.

1,860
5:49 AM - Jun 7, 2020
Twitter Ads info and privacy
545 people are talking about this
A man on the scene following the incident, David O’ Leary, appeared on a Cork radio program to recall the aftermath.


“I had the misfortune of attending a stabbing in Carrigaline tonight less than 100m from my front door,” he said. “Thankfully the young man who was the victim of this vicious assault should make a full recovery, but the reason I am writing this message at this hour of the morning is to highlight the professionalism the Gardai (police) present demonstrated.”

Officers “carried out a comprehensive primary examination which was straight out of a textbook and assisted both a nurse who was living close by and myself in treating the victim,” O’Leary continued. “These men and women who put themselves in harm’s way have to be commended on how they conduct themselves. I hope the young man involved has a speedy recovery and the perpetrators of this vicious attack feel the full force of the law.”

The vicious attack comes as racial tensions and “Black Lives Matter” protests in Ireland, and across the globe, have ramped up over the past two weeks.

According to The Liberal, the attack falls one week after a teenager from Limerick, Ireland, “was savagely beaten by youths who appear to be shouting at him about ‘400 years of slavery,'” though, the outlet notes, the incidents appear to be “unrelated.”

WALSH: There Has Been A Slew Of Violent Attacks Against White People. None Have Been Prosecuted As Hate Crimes. Why Not? 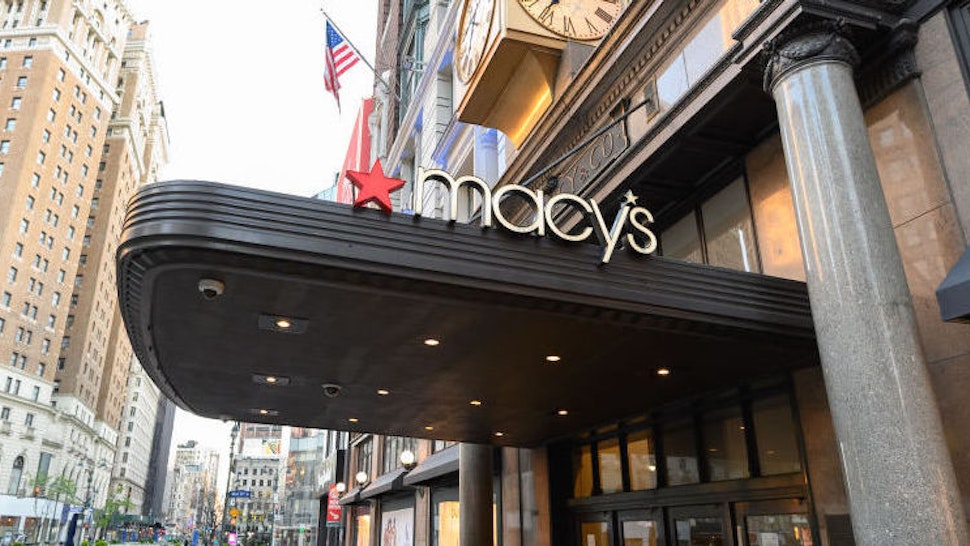 A white Macy’s employee was brutally assaulted by a black man in the middle of the store a few days ago. Video shows the assailant, Damire Palmer, punching the man in the head as he crawls on the ground begging Palmer to stop. The assailant’s brother, who filmed the crime and posted it proudly to social media, claims that the victim used the N-word. Even if true, that wouldn’t remotely justify felony assault. But it isn’t true. Macy’s investigated and confirmed that the attack was “unprovoked.” Also, the N-word claim is absurd on its face. A Macy’s employee is not going to casually refer to his black customers as racial slurs. If he had that habit, he would have been fired a long time ago.

What actually happened, from the looks of it, is that the Palmer brothers selected a victim based on his race, beat him mercilessly, and then slandered him. They damaged him physically and then tried to ruin his life. If the “hate crime” designation has any meaning, this should fit the bill. Yet, to this point, no hate crime charges have been filed, nor has there been any public discussion about filing them.

It should be noted that a man who assaulted a Macy’s employee last year was charged with a hate crime because he used anti-gay slurs during the attack. The prosecutor in that case said that the attacker “subjected [the victim] to offensive physical contact” and that this was done “because of his perception of the victim’s sexual orientation.”

Well, was this latest Macy’s assault not “offensive physical contact” due to the attacker’s perception of the victim’s race?


Matt Walsh
✔
@MattWalshBlog
This guy brutally assaulted a Macy’s employee because of his race and then slandered him by claiming he said the n-word, which was a lie. This is a horrific hate crime and if the races were reversed it would be the only thing we talk about for days.

Embedded video
46.7K
6:34 AM - Jun 22, 2020
Twitter Ads info and privacy
29.5K people are talking about this
This, unfortunately, is not an isolated incident. Recently there has been a slew of horrific physical attacks against white people. Last week, a group of African-American men attacked a white man in a gas station parking lot in Texas, punching him, knocking him to the ground, and then stomping on his head. In New York, a black man pushed a 92-year-old woman to the ground. She bashed her head against a fire hydrant as she fell. No hate crime charges have been filed.

In another attack against the elderly, Jaden T. Hayden of Michigan repeatedly beat a 75-year-old nursing home patient in the head as he lay helpless on his bed. Hayden has YouTube videos where he claims that “the black race is supposed to rule the Earth.” No hate crime charges were filed, but try to imagine the same outcome if a white man with similar professed views about the white race were to film himself brutalizing an elderly black man.


There are more examples. During the riots in Rochester a few weeks ago, a white woman was attacked by a group of black men. She was punched in the face repeatedly and beaten with a wooden board. In Ocean City, where violence has been rampant of late, a white man was knocked out while sitting on a park bench. Again, no hate crime charges.

And hate crime charges aren’t the only thing missing. There has been little public attention to, or condemnation of, these attacks.

I am not personally a proponent of the hate crime designation. I don’t think prosecutors can look into a criminal’s heart and accurately assess whether a crime was motivated by hatred or not. And even if they could, I’m not sure why a crime of hate should be considered any more severe than a crime of greed, jealousy, anger, or boredom and indifference. Is it really worse to shoot a man for his race than for his wallet? Haven’t you treated him as less than human either way? Isn’t his family mourning him just the same?

But if we are going down this road, and if we have gotten into the business of doling out special punishments for hate-based crime, then equal justice under the law means prosecuting crimes against white people with all the same gusto as crimes against non-whites.