That's why it took several days for LE and controlled media to report the inconvenient facts of who he was.
https://www.snopes.com/fact-check/virgi ... h-shooter/

If you listen to the man in the video he asking, "Why Missy? Why that poor contractor just walking up the steps?"
To me the answer is pretty obvious, I'd bet a ten dollar bill against a stale Krispy Kreme doughnut because they were WHITE!
https://nypost.com/2019/06/02/dewayne-c ... ng-report/
It's not diversity, it's displacement.
Top

Even the "fair and balanced" Foxjews is downplaying the Black perp angle of the story:

No photo and no description of the Black murderer there either. Controlling the narrative!
Activism materials available! ===> Contact me via PM to obtain quantities of the "Send Them Back", "NA Health Warning #1 +#2+#3" stickers, and any fliers listed in the Alliance website's flier webpage.
Top

There appears to be a near total blackout on this dog bites man, mass-killing story.

PACKMAN
JUNE 3, 2019 AT 10:53 A.M.
Where's the townhall by CNN? Where's the wall to wall coverage by the New York Times and Washington Post? Where's the breathless reporting by talking heads on CBS, NBC, and ABC? Where oh where may it be?
.
The answer, of course, is easy. This particular act of evil didn't help further the left's political agenda so it must not be discussed. The killer wasn't white. The killer was a democrat. The killer didn't use a sporting rifle. Universal background checks would not have prevented this evil act. A ban on sporting rifles would not have prevented this evil act. A gun free zone did not prevent this evil act. What DID stop this evil act was a good guy with a gun.
.
Liberal hypocrisy simply has no bounds.
Top

It has been two weeks since this Negro mass murderer killed 12 people in Virginia Beach, VA, on 1 June, yet hardly a word has been reported in controlled media about the mass killing since then. It is the "hush crime" of 2019. 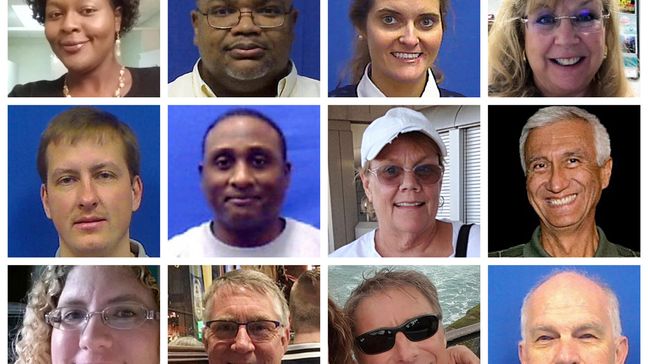