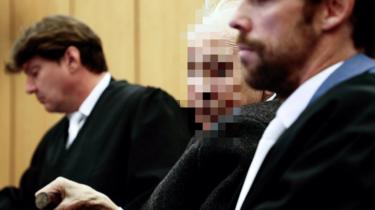 A former SS guard has gone on trial in Germany accused of complicity in mass murder at a Nazi death camp during World War Two.

Identified as Johann Rehbogen, the 94-year-old served in the Stutthof camp in what is now northern Poland from June 1942 to September 1944.

He denies knowing anything about atrocities committed there.

Because he was not yet aged 21, he is being tried in a juvenile court in Münster, western Germany.

US deports Nazi camp guard to Germany
The hidden graves of the Holocaust
Auschwitz inmate's notes from hell finally revealed
The Holocaust year by year
The former guard, who uses a wheelchair, faces a sentence of 15 years if convicted but is unlikely to serve any time in prison because of his advanced age.

His court appearances will be limited to two hours at a time for the same reason, Dortmund prosecutor Andreas Brendel told AFP news agency.

What are the accusations?
The defendant, along with another former SS guard, is suspected of involvement in the murder of hundreds of people at the camp.

According to a court press release, the crimes include the use of Zyklon B poison gas to kill:

More than 100 Polish prisoners on 21-22 June 1944
At least 77 wounded Soviet prisoners-of-war during the summer of 1944
An unknown number of Jewish prisoners said to be "probably several hundred", between August and the end of 1944, some of whom were killed in railway carriages
The indictment lists other atrocities including the shooting of "several hundred" Jews deemed unfit for work between June 1944 and April 1945, and the killing of 140 people, including Jewish women and children, between 1942 and the end of 1944 with poison injections to the heart.

Other prisoners were deliberately left to freeze to death in the winter of 1943-44. 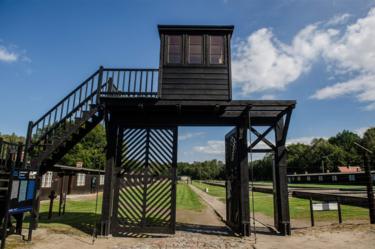 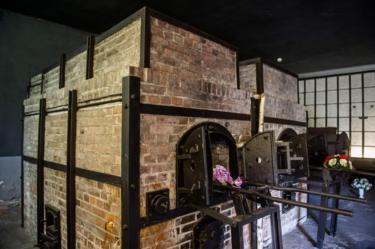 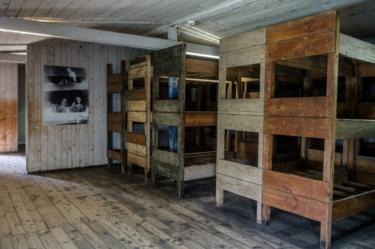 The defendant is "accused in his capacity as a guard of participating in the killing operations", said Mr Brendel.

It has still to be determined whether the other former SS guard is fit to stand trial. 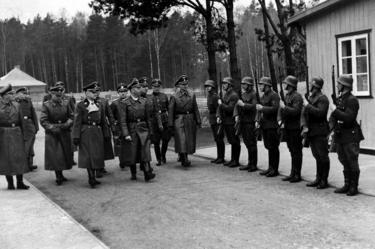 Located near the city of Danzig (now Gdansk), it was originally an internment camp before being officially designated a concentration camp in 1942.

From June 1944, prisoners were murdered in a gas chamber.

Who is the defendant?
Johann Rehbogen was captured by the US Army after the war but returned to civilian life, working as a landscape architect for the North Rhine-Westphalia state authorities.

Questioned by police last year, he denied knowing about atrocities in the camp. Although he was not named by the court in Münster, his name has been published by the Wiesenthal Center, which investigates Nazi war crimes.

"If one looks at how many evil doings and crimes were perpetuated, one can understand why elderly people too have to face prosecution," said Mr Brendel.

"Germany owes it to the families and victims to prosecute these Nazi crimes even today. That is a legal and moral question."

How do survivors regard the trial?
Relatives of those murdered at Stutthof are attending the trial. Among them is one of the plaintiffs, Ben Cohen, whose grandmother Judy Meisel is a survivor of the camp.

He told the BBC it was good for her to see Germany pursue the case.

"Her being able to witness even some of this process, even from afar, is a sense of closure," he said.

"To have Germany listening to her is very powerful for her.

"I speak to her all the time and I can see a new perspective that this gives her on things, so that could maybe be considered a form of closure. But closure is a difficult word in this context."