White Man 1 wrote: ↑
Fri Sep 04, 2020 10:13 am
Our "community standards" (I don't like the negative connotation with Facebook you are implying here) are that we don't want anything posted here that we don't want our grandchildren to see. That includes racy photos. It's up to Mod discretion to enforce that, and pilpuling the guidelines is not a productive use of your time.

Let's get back to the topic at hand, which is Russia.

Very good, White Man 1, Grimork and Jim. Let's get back to some good news from our White cousins in Russia. Ignore the idiots like Joe "Hidin'" Biden and his Bolshevik friends in the Democrat Party and Jew-controlled news and entertainment industry.

Here's some good news: Russia Insider has been around for five or six years now by a group of American expats. I don't know much about them, but they must be all right. Look at this article that RI picked up from our own NationalVanguard.org site: https://russia-insider.com/en/jewish-question

We Must Dismantle Jewish Supremacy - Silence Is Not
an Option
Thomas Dalton PhD
Jun 10 2020
7951
[...]
Of course this article by Dr. Dalton was written exclusively for us, here:
https://nationalvanguard.org/2020/06/we ... an-option/ The good news is that it is picked up here and spread further. Wade Hampton will appreciate a lot of the comments under this article at RI, like the ones by Mr. Mayson:
---
Augur Mayson [says]
Christian influence is a worldview thing because it's not native to White people. It is a Jewish religion. One they rejected and one Paul/Saul repackaged for export to us through converting the bloated corpse of the Roman Empire, but its roots are Of The Jew in every sense. Was it heretical to Jews? Yes, of course. But it's a poor flag for Whites to rally under because it has us still bowing to Jerusalem as our Christian Crusader forefathers did a thousand years ago. We should not worship another race's god. We call him God; Jews spell it with a dash for the O, or YHVH, or other ways, but it's the same god. Same with the Muslims; same god, a Jewish god.

Christian moral universalism has harmed White people, made us be literally taught it is good and right to love the stranger, and falsehoods like that the meek shall inherit the earth. We must look to other places to escape from under this Jewish thumb, other sources of inspiration and pride, to race.
Top

I would interject by also adding that Russia is one of the only nations in Europe who is actively trying to preserve our kinfolk in Europe. David Duke has made this point that Russia has been breaking free of jewish power and influence ever since the fall of the Soviet Union.

That is why the jewish owned media who used to love Russia back when the jews ran it, now despise it because they are trying to protect family, the demographics, and being the bulwark against zionism with Syria.

Based upon the limited information I have, I greatly admire Vladimir Putin. I wish the United States had a president with half his ability and character. American Jews and liberals hate Putin. That says a lot.
Top

Russian situation is very similar with the American one. White people everywhere should cease to participate in various vague imperialist adventures and to turn their attention to the real ethnic issues. When it happens, not one enemy would be able to hold us. The main problem for Whites is their own delusions, their own inability to see the main thing behind false issues. But the change is coming. Everywhere Whites start to see the core racial component of the historical events. Despite of all vicious propaganda, the racial awareness constantly grows; it is why jews are becoming ever more hysterical about “fascism”... 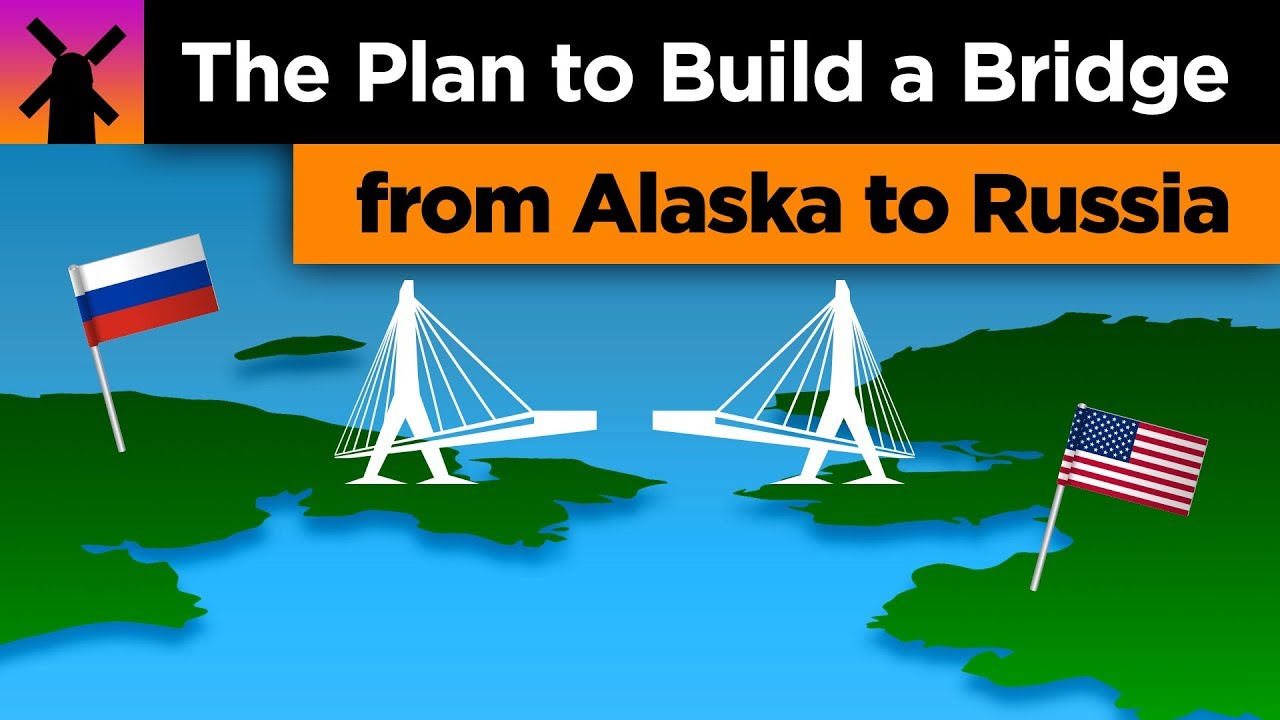 "Why so hard?" the kitchen coal once said to the diamond. "After all, are we not close kin?"
Why so soft? O my brothers, thus I ask you: are you not after all my brothers?
Why so soft, so pliant and yielding? Why is there so much denial, self-denial, in your hearts? So little destiny in your eyes?
And if you do not want to be destinies and inexorable ones, how can you one day triumph with me?
And if your hardness does not wish to flash and cut through, how can you one day create with me?
For all creators are hard. And it must seem blessedness to you to impress your hand on millennia as on wax.
Blessedness to write on the will of millennia as on bronze--harder than bronze, nobler than bronze. Only the noblest is altogether hard.
This new tablet, O my brothers, I place over you: Become hard!
Friedrich Nietzsche. “Twilight of idols”
Top

Old Aardvark wrote: ↑
Wed Jan 27, 2021 3:58 am
Based upon the limited information I have, I greatly admire Vladimir Putin. I wish the United States had a president with half his ability and character. American Jews and liberals hate Putin. That says a lot.

Maybe they hate him; maybe they don't. Since they influence the mass mind in America to such a high degree through their ownership and control of mass media, who's to know?

Putin certainly is a strong man compared to the pathetic current anti-nationalist U.S. president who is definitely loved by American Jews and liberals. That is pravda (truth).

The operative statement of yours, O.A., highlighted above, represents the understanding of Russian politics of nearly all Americans, including myself, even after having travelled as a racial nationalist to Russia three times and married two Aryan Russian beauties. So much that has been posted in this WB topic, "Good News From United Russia," started in July of 2013, has been either wrong or wishful thinking.

That is why I am so pleased that a politically savvy Russian, who agrees for the most part with the radical ideology and long term program of the National Alliance, has chosen to grace us here and at National Vanguard to enlighten us with his first hand knowledge of and experience with the White nationalist scene in his homeland. We need to listen closely to Mr. Stoner and take heed:

...I don’t agree with Anatoly Golitsyn on all points, but his assessment of the Soviet-Russian fake transition of power is mostly true. Therefore, looking into Russian affairs, you should always remember that you are dealing with the same Soviet system. The totalitarian tendencies of Putin’s state since the invasion in Ukraine in 2014-15 have confirmed this fact all too clearly. Putin is not a Russian nationalist, as some people like to think, but a KGB thug. This fact is one of the few about which western mainstream media doesn’t lie.
Putin is the bitter enemy of Russian ethnic nationalism. Since his accession to power, he did everything to annihilate all major nationalist political groups. People were unlawfully detained, jailed or even killed under pretense of “resisting arrest”, “trying to escape” or “suicide”. By using these nefarious methods, Putin was able to fully clear Russian political field from all nationalist legal forces...

Thank you very much for highlighting this key point of my text. I wanted to share this truth with English-speaking nationalists, because many of them are still in the dark about Russian reality. I try to be as objective as possible. I don’t attempt to simply vilify Putin; it isn’t my task. I don’t care if he would only kill his high-level political opponents, built palaces, fought foreign wars; these are actions practiced by all rulers of all times. But what I can’t accept is the Putin’s policy of inundating Russia with Asian migrants and the crackdown on Russian nationalist organizations.
Two years ago, I have translated and uploaded David Duke’s major speech that he delivered at the League of the South’s conference (https://www.youtube.com/watch?v=wnNcCl8OpPU). He brilliantly exposed the profoundly grave situation in USA and in essence predicted what would happen next. But there was a passage where he praised Putin. Many Russian nationalists who watched this speech had expressed irritation and even indignation about this passage; some did it in mild form, some in more acute phrases. All of them asked the question: is David Duke doesn’t know what really happens in Russia? No one of the few thousand people who watched this video said anything approving of this pro-Putin statement. Therefore, by saying that Russian nationalists are strongly against Putin and his quasi-Soviet system, I didn’t rely solely on my subjective opinion; this David Duke’s video served like some kind of social litmus test.
In the same time, we, Russian nationalists, clearly understand that the so-called “liberal opposition” is even worse than the current regime. They want to install in Russia the puppet “liberal” regime which would allow the western Jewish bankers to rob Russia yet once. Therefore, the best position at present is to stay aside from this political skirmish between Putin and “liberals”. Both sides are the enemies of ethnic Russians. It is like a war between two criminal clans. Let them thrash each other; it has nothing to do with us. Thank you, yet once, for providing the genuine free speech platform.
Top
Post Reply
118 posts