I tire of folks lumping our Alliance in with conservatives and right-wingers, or "extreme right-wingers." It's not accurate, as Dr. Pierce explained in 1976 in his "Our Cause" speech:


...Questions, in other words, as to what it’s all about. I want to try again tonight to answer these questions as clearly as I possibly can.

I’m sure that one of the difficulties people have in trying to understand us is that they can’t figure out quite how to categorize us. They’re accustomed to putting everything they encounter in life into little, mental pigeonholes labeled right-wing, left-wing, communist, racist, and so on. And once they’ve done that, they think they understand the thing.

Now the trouble is that we don’t quite fit any of the customary pigeonholes. And that is because the doctrine of the National Alliance, the truth for which we stand, is not just a rehash of old and familiar ideas but is really something new to Americans.

Perhaps the best way to approach an understanding of the Alliance is to start by getting rid of some of the most troublesome pigeonholes altogether. That is, by pointing out what we are not. We are not, as many people tend to assume at first, either a conservative or a right-wing group. And I’m not just trying to be cute when I say that. I’m not just trying to emphasize that we are a special right-wing group or a better right-wing group. In fact, our truth has very little in common with most right-wing creeds. We’re not interested, for example, in restoring the Constitution. The Constitution, written 200 years ago, served a certain purpose well for a time. But that time is now passed. Nor was its purpose the same as our purpose today. We’re not interested in states’ rights, in restoring the former sovereignty of the individual states. We do not believe, as our conservative friends do, that a strong and centralized government is an evil in itself. It is, in fact, a necessity in overcoming many of the obstacles which lie ahead of us as a people.

What else is dear to the hearts of right-wingers? Do we want to restore prayer and Bible reading to the public schools? Hardly. Anti-fluoridation? Nonsense. Income tax? Abortion? Pornography? Well, we may sympathize more with the right-wing position on these issues than we do with the left-wing position, but they are still only peripheral issues for us. They are not the reason why we are here. They are not the things we are prepared to die for.

There are, in fact, several issues on which we are closer to what would ordinarily be considered the left-wing or liberal position than we are to the conservative or right-wing position. One of these issues is the ecology issue: the protection of our natural environment, the elimination of pollution, and the protection of wildlife. And there are also other issues in which we are closer to the liberals than to the conservatives, although I doubt that we agree with them completely on any issue; just as we seldom, if ever, agree completely with the right-wing on any issue.

The reason for the lack of complete agreement, when there seems to be approximate agreement, with either the right or the left is that our position on every issue is derived from an underlying view of the world which is fundamentally different from those of either the right or the left. That is, to the extent that they have any underlying philosophy at all. Often there is none, and a great many people who identify themselves as liberals, conservatives, or moderates simply have an assortment of views on various issues which are not related to any common idea, purpose, or philosophy.

Before we turn to a positive look at the Alliance, let me inject just a few more negatives. One thing we are not trying to do is to find any quick or easy solutions to the problems confronting us as a people. We have enormously difficult problems. If we are to solve them at all, we must tackle them with more determination, more tenacity, and more fanaticism than they have ever been tackled before. We must prepare ourselves mentally and spiritually for a very long, bloody, and agonizing struggle...
Read more: https://nationalvanguard.org/2018/09/ou ... -l-pierce/

The obscure origins of Left vs. Right, or the left side of the isle vs the right side, should have little to do with American politics today, especially racial politics. Our Cause is neither left nor right -- it's about preservation of our kind, an issue neither liberals nor conservatives; Democrats nor Republicans will address. So Alliance members, as racial nationalists should cease using the terms left-wing and right-wing and -- just as they should not use the ebonic term "woke" when Politically Correct is just as accurate.


Left vs. Right
The fundamental differences between left-wing and right-wing ideologies center around the the rights of individuals vs. the power of the government. Left-wing beliefs are liberal in that they believe society is best served with an expanded role for the government. People on the right believe that the best outcome for society is achieved when individual rights and civil liberties are paramount and the role — and especially the power — of the government is minimized.

Examples of an expanded role for the government include entitlement programs such as social security and Medicare, Medicaid, universal healthcare, food stamps, free public education, unemployment benefits, strong environmental laws, and other regulations on industries. Right wing ideology would favor market-based solutions to the issues that these government programs aim to tackle. For example, encouraging a freer marketplace for healthcare, driven by consumer choice to drive down costs. Or privately held retirement accounts like 401(k) plans instead of government-guaranteed Social Security.
https://www.diffen.com/difference/Left_ ... Right_Wing

Great posting of Dr. Pierce's speech. I think in today's society that most people are confused about who they are and what they should believe. The public education system does an excellent job white washing value systems and creating minds that are unable to reason or think independently. The media and government along with Hollywood then create the left / right paradigm which these disabled minds believe that they need to choose and fit into. Never for a minute will they consider an alternate reality based upon race and culture which has been vilified in just about every institution in American life.

It is sort of like the new law California proposed, which is now law, regarding the raising of pork. As it stands now pigs are in an enclosure they can hardly move around in and are kept there until slaughter. The new law wants to make it at least 24 feet square and many pig farmers are having a fit. On an unrelated note, I never see fireflies (lightning bugs) anymore whereas when I was a child and teen whole trees would be covered with them on a summer night. Bees provide a usual function. Fireflies provide beauty. I would value them over many people and parasitical races. Hitler's father kept bees as a hobby. I guess you could refer to AH as "The Beekeeper's Son." Sounds like a cool book or Hollywood blockbuster!
Top

Great posting of Dr. Pierce's speech. I think in today's society that most people are confused about who they are and what they should believe. The public education system does an excellent job white washing value systems and creating minds that are unable to reason or think independently. The media and government along with Hollywood then create the left / right paradigm which these disabled minds believe that they need to choose and fit into. Never for a minute will they consider an alternate reality based upon race and culture which has been vilified in just about every institution in American life.
WhiteHealer

I haven't found the "Balance of Power" graph from FOX News that shows a center isle of the House dividing the right red conservative members from the left blue progressive Democrats, but here's one that does show just how divided the country is by the right wing and the left: 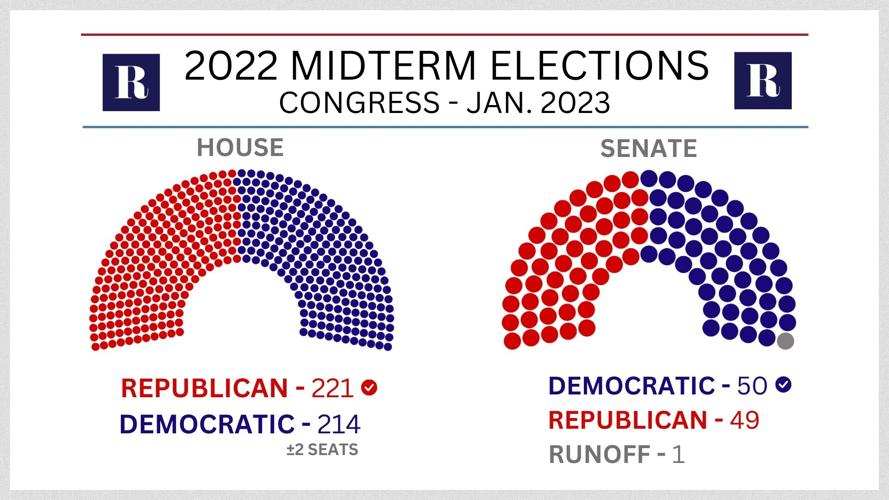 Perception is everything. Many FOX TV watchers will tell you that Republicans sit on the right side and Democrats on the left.

Now three Republicans will have to sit on the left side of the imaginary center isle with the blue Democrats.

In the House of Representatives, there’s no assigned seating during regular floor debates. Members often have regular “spots” - I recall reading that John Murtha (D-PA) and some of his colleagues from Pennsylvania usually clustered in the “Pennsylvania Corner,” on the far right side of the chamber. But aside from informal protocols like that one, seats in the House are not assigned during debate. (They’re assigned for groups during joint sessions - this section for the House, this section for the Senate, this row for the Supreme Court, etc. - but even then, Members of the House can sit where they’d like within the area reserved for them).

There’s also an informal convention that Members from one party will sit on their side of the chamber, though Members frequently circulate throughout, especially during votes. Voting stations are placed around the floor where Members insert their House ID and then register their vote - “aye,” “nay,” or “present.” If Whites insist on participating in "social media," do so on ours, not (((theirs))). Like us on WhiteBiocentrism.com; follow us on NationalVanguard.org. ᛉ
Top
Post Reply
4 posts • Page 1 of 1