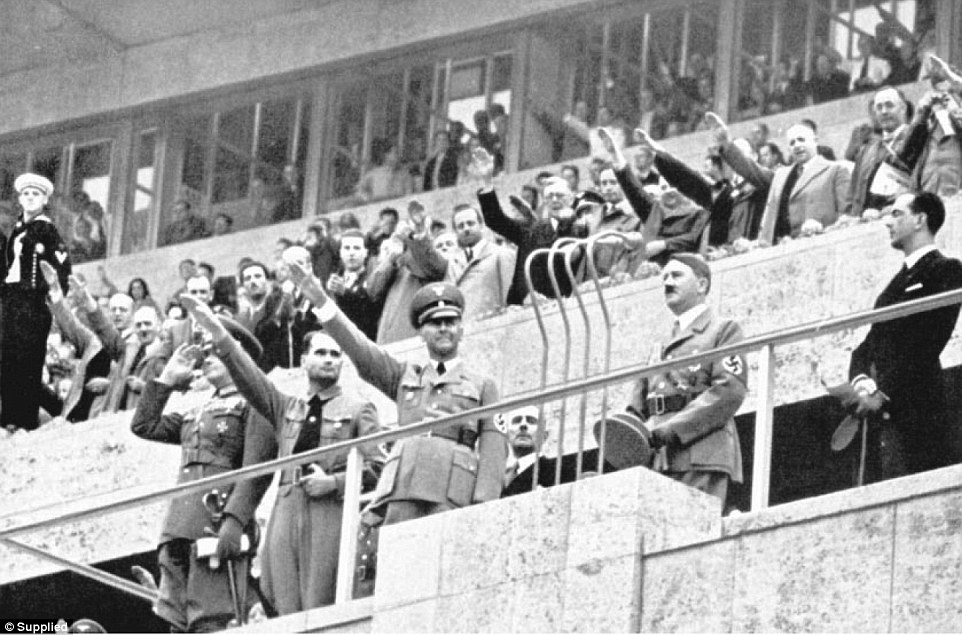 The only thing I've ever heard about the 1936 Berlin Olympics is about the negro runner, Jesse Owens. And once I heard, "Jesse Owens beat Hitler". The media have long used Owens as an example of Black "success". This time around they lost! They conveniently overlook the fact that GERMANY WON THE HIGHEST TOTAL NUMBER OF MEDALS. And by a wide margin. The Olympics are not about one person, but rather about the efforts put forward by 49 nations.

For 80 years this fact was never openly acknowledged, while Owens was being paraded as a "hero". Put another way - If Owens represented America and Hitler represented Germany, which side came out ahead? Here are the final results of both summer and winter events of the 1936 Olympiad. So once again, who was better? 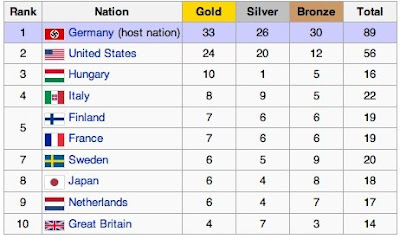 by Will Williams
GLR, you're new to WB, a National Alliance forum that has been around now for over six years. To avoid needless duplication, please search the forum before starting new subjects. For example, had you searched for 'jesse owens' you'd have found this from Dr. Pierce, founder of our Alliance:
---

...One of the best-known examples of the way in which the Jewish propagandists successfully misrepresented the Germans in this regard was connected with the interaction between Adolf Hitler and the Black athlete Jesse Owens at the 1936 Olympic Games in Berlin. Owens, of course, won three gold medals in sprinting and jumping, and the propagandists gleefully trumpeted that he had humiliated the German "supermen" and had -- quote -- "smashed the myth of Aryan superiority." -- end of quote -- They also concocted the story that Hitler, angered by the Black's athletic victories, had "snubbed" him and refused to shake his hand in a show of bad sportsmanship. The Jewish media spread this story so successfully that it is still repeated today, despite the fact that it is completely false. The Germans, of course, were not humiliated at all in the 1936 Olympics. In fact the Germans were the clear winners, with more gold medals than anyone else. More silver and bronze medals than anyone else too. Hitler's Germany won a total of 89 gold, silver, and bronze medals, compared to 56 for Roosevelt's United States. The games were an enormous triumph for the Germans rather than a humiliation. And Hitler didn't "snub" Jesse Owens. In fact, Hitler stood and waved at Owens when the Black athlete passed the reviewing stand. Owens always felt that he had been treated royally by the Germans and couldn't understand how the stories about a "snub" got started. Well, we understand, don't we?
---
https://whitebiocentrism.com/viewtopic. ... wens#p2270
All times are UTC-04:00
Page 1 of 1