Rep. Mo Brooks (R-Ala.) doesn't think that the hardline stance Republicans have taken on immigration could hurt the party’s standing with Hispanic voters. Instead, he thinks Democrats are hurting their prospects with white voters. “This is a part of the war on whites that’s being launched by the Democratic Party. And the way in which they’re launching this war is by claiming that whites hate everybody else,” he said during an interview Monday with conservative radio host Laura Ingraham. "It's part of the strategy that Barack Obama implemented in 2008, continued in 2012, where he divides us all on race, on sex, greed, envy, class warfare, all those kinds of things. Well that’s not true.”

Brooks was responding to comments made by National Journal's Ron Fournier, who told Fox News host Chris Wallace on Sunday that "the fastest growing voting bloc in this country thinks the Republican Party hates them. This party, your party, cannot be the party of the future beyond November if you’re seen as the party of white people.”

Brooks responded by saying that all demographic groups in America support securing the nation’s border and a wide range of Americans would be affected by an influx of undocumented immigration.

“It doesn't make any difference if you're a white American, a black American, a Hispanic American, an Asian American or if you're a woman or a man. Every single demographic group is hurt by falling wages and lost jobs,” he said.

Ingraham didn't seem to be on board with Brooks' "war on whites" remark, telling him it was "a little out there." 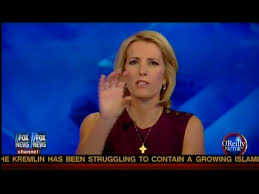 In a statement to AL.com, Brooks responded to the controversy around his remarks:

"As best I can in the time limitations I have, I try to make sure people understand what the Democrats are doing by raising race as an issue every chance they get," he said. "It's much like the congressmen during the (immigration) debate on Friday: Democrat after Democrat was talking racism and race. And the motivation for their doing so was to try to cause bloc voters of race to vote solely on skin color.

No doubt he was under the tutelage of Senator Lindsay "Wargasm" Graham & his AIPAC baggage....
I am sure I have said it many times before....it is all about the money...

Republicans are bought-and-paid-for wimps on the most important issues, but at least they aren't Democrats. It's not unusual for only Democrats to vote in a bloc for Bills that are anti-personal liberty. That no Republicans voted for the following gun-grabbin' Bill makes Whites think the GOP represents their interests in elections. A handful of Democrat senators did, however, break ranks and voted with the Republicans to defeat the Bill. Received the following from Dr. Virginia Abernethy:
---

Reid was almost beaten in 2010 by a Tea Party candidate running as a Republican. Unfortunately, the GOP didn’t give her much support – the GOP thinks that the Tea Party is the enemy, so Reid won. But narrowly.
V.
……………………………………….

COLUMBIA, S.C. (AP) — U.S. Sen. Lindsey Graham's remark at
a private, all-male dinner about mainly helping white men
if he became president was a joke taken out of context,
his campaign said Thursday.

Wade says, "I wonder if by 'White' men, he is referring to
multi-billionaire-Jew Sheldon Adelson who funnels thru AIPAC
millions of US dollars to his 'candidates of choice' such as
Graham and Romney. Attending another 'American Renaissance'
seminar may reveal some answers, as some of the billed speakers
are also Jews - being presented as 'White'."

...and from the Democrat Party leadership:

Biden boasts end of Caucasian majority in U.S.
'Diversity is the reason for our incredible strength'

Professional political hack Joe Boy Biden, before and after getting his vanity hair plugs.

U.S. taxpayers shelled out nearly a quarter-million dollars in November, so Vice President Joe Biden could trumpet “diversity” to world business leaders in Morocco and boast that in 2017, “for the first time, Caucasians of European descent like me will be in an absolute minority in the United States of America.”...

Biden continued. “The secret that people don’t know is our diversity is the reason for our incredible strength.”...“Diversity is the reason for our incredible strength because the brightest, the most innovative, the most adventuresome, the greatest risk takers, they’re the ones who leave when they cannot flourish and seek other places,” he said. “We in America are proud to welcome them” [even though they are quickly transforming the U.S. into a Third World nation]

Sometimes Shabbos goy Joe "I am a Zionist" Biden slips up and actually blurts out the truth.
---

In a remarkable but under-reported address, Vice President Joe Biden recently acknowledged that the “immense” and “outsized” Jewish role in the US mass media and cultural life has been the single most important factor in shaping American attitudes over the past century, and in driving major cultural- political changes.

“Think - behind of all that, I bet you 85 percent of those [social-political] changes, whether it's in Hollywood or social media, are a consequence of Jewish leaders in the industry. The influence is immense, the influence is immense. And, I might add, it is all to the good,” he said. “We talk about it in terms of the incredible accomplishments and contributions” of individual Jews, Biden went on, but it's more profound than that “because the values, the values are so deep and so engrained in American culture, in our Constitution.”...

As Middle America rises in rage against “fast track” and the mammoth Obamatrade deal known as the Trans-Pacific Partnership, the Wall Street Journal has located the source of the malady.


“Here we go again. In the 1990s Pat Buchanan launched a civil war within the Republican Party on a platform targeting immigration and trade. Some claimed Pitchfork Pat was the future of the GOP, though in the end he mainly contributed to its presidential defeats.”

But, woe is us, “the GOP’s Buchanan wing is making a comeback.”

Patrick Buchanan
Now it is true that, while Nixon and Reagan won 49-state landslides and gave the GOP five victories in six presidential contests, the party has fallen upon hard times. Only once since 1988 has a Republican presidential nominee won the popular vote.

But was this caused by following this writer’s counsel? Or by the GOP listening to the deceptions of its Davos–Doha–WSJ wing?

In the 1990s, this writer and allies in both parties fought NAFTA, GATT and MFN for China. The WSJ and GOP establishment ran with Bill and Hillary and globalization. And the fruits of their victory?

Between 2000 and 2010, 55,000 U.S. factories closed and 5 million to 6 million manufacturing jobs disappeared. Columnist Terry Jeffrey writes that, since 1979, the year of maximum U.S. manufacturing employment, “The number of jobs in manufacturing has declined by 7,231,000—or 37 percent.”

Does the Journal regard this gutting of the greatest industrial base the world had ever seen, which gave America an independence no republic had ever known, an acceptable price of its New World Order?

Beginning in 1991, traveling the country and visiting plant after plant that was shutting down or moving to Asia or Mexico, some of us warned that this economic treason against America’s workers would bring about political retribution. And so it came to pass.

Since 1988, a free-trade Republican Party has not once won Pennsylvania, Michigan, Illinois or Wisconsin in a presidential election. Ohio, the other great Midwest industrial state, is tipping. The Reagan Democrats are gone. Who cast them aside? You or us?

Since the early 1990s, we have run $3 billion to $4 billion in trade deficits with China. Last year’s was $325 billion, or twice China’s defense budget. Are not all those factories, jobs, investment capital and consumer dollars pouring into China a reason why Beijing has been able to build mighty air and naval fleets, claim sovereignty over the South and East China seas, fortify reefs 1,000 miles south of Hainan Island, and tell the U.S. Navy to back off?

The WSJ accuses us of being anti-growth. But as trade surpluses add to a nation’s GDP, trade deficits subtract from it. Does the WSJ think our $11 trillion in trade deficits since 1992 represents a pro-growth policy?

On immigration, this writer did campaign on securing the border in 1991-92, when there were 3 million illegal immigrants in the United States.

But the Bush Republicans refused to seal the border.

Now there are 11 million to 12 million illegal immigrants and the issue is tearing the party apart. Now everybody is for “secure borders.”

We did urge a “moratorium” on legal immigration, such as America had from 1924 to 1965, to assimilate and Americanize the millions who had come. The WSJ Republicans called that xenophobia.

Since then, tens of millions of immigrants, here legally and illegally, mostly from the Third World, have arrived. Economically, they consume more in tax dollars than they contribute.

Politically, most belong to ethnic groups that vote between 70 and 90 percent Democratic. Their children will bury the GOP.

Consider California, which voted for Nixon all five times he was on a national ticket and for Reagan in landslides all four times he ran.

Since 1988, California has not gone Republican in a single presidential election. No Republican holds statewide office. Both U.S. Senators are Democrats. Democrats have 39 of 53 U.S. House seats. Republican state legislators are outnumbered 2-to-1.

Americans of European descent, who provide the GOP with 90 percent of its presidential vote, are down to 63 percent of the nation and falling.

Lest we forget, the “Buchanan wing” also opposed the invasion of Iraq while the WSJ-War Party wing howled, “Onto Baghdad!”

“Unpatriotic Conservatives,” we were called in a cover story by a neocon National Review for saying the war was unnecessary and unwise.

Now, a dozen years after the “cakewalk” war, GOP candidates like Marco Rubio and Bush III are trying to figure out what it was all about, Alfie, and what they would have done, had they only known.

Our agenda in that decade was—stay out of wars that are not our business, economic patriotism, secure borders, and America first.

The foreign debt and de-industrialization of America, the trillion-dollar wars and the chaos of the Middle East, the shortened life span of the Party of Reagan, that’s your doing, fellas, not ours.
---
http://www.vdare.com/articles/buchanan- ... it-was-you
Top
Post Reply
53 posts