Another new phrase in our lexicon: Non binary people. WTF are they?
---

Josh Hawley, a Republican senator from Missouri, was accused of being “transphobic” by a law professor on Tuesday, at a hearing on the consequences of the supreme court decision to overturn Roe v Wade, the ruling which guaranteed the right to abortion.

During the judiciary committee hearing, Hawley, who has previously co-sponsored a bill which would prevent transgender children from competing in sports, questioned Khiara Bridges, a professor at UC Berkeley School of Law who was invited to testify on reproductive rights. 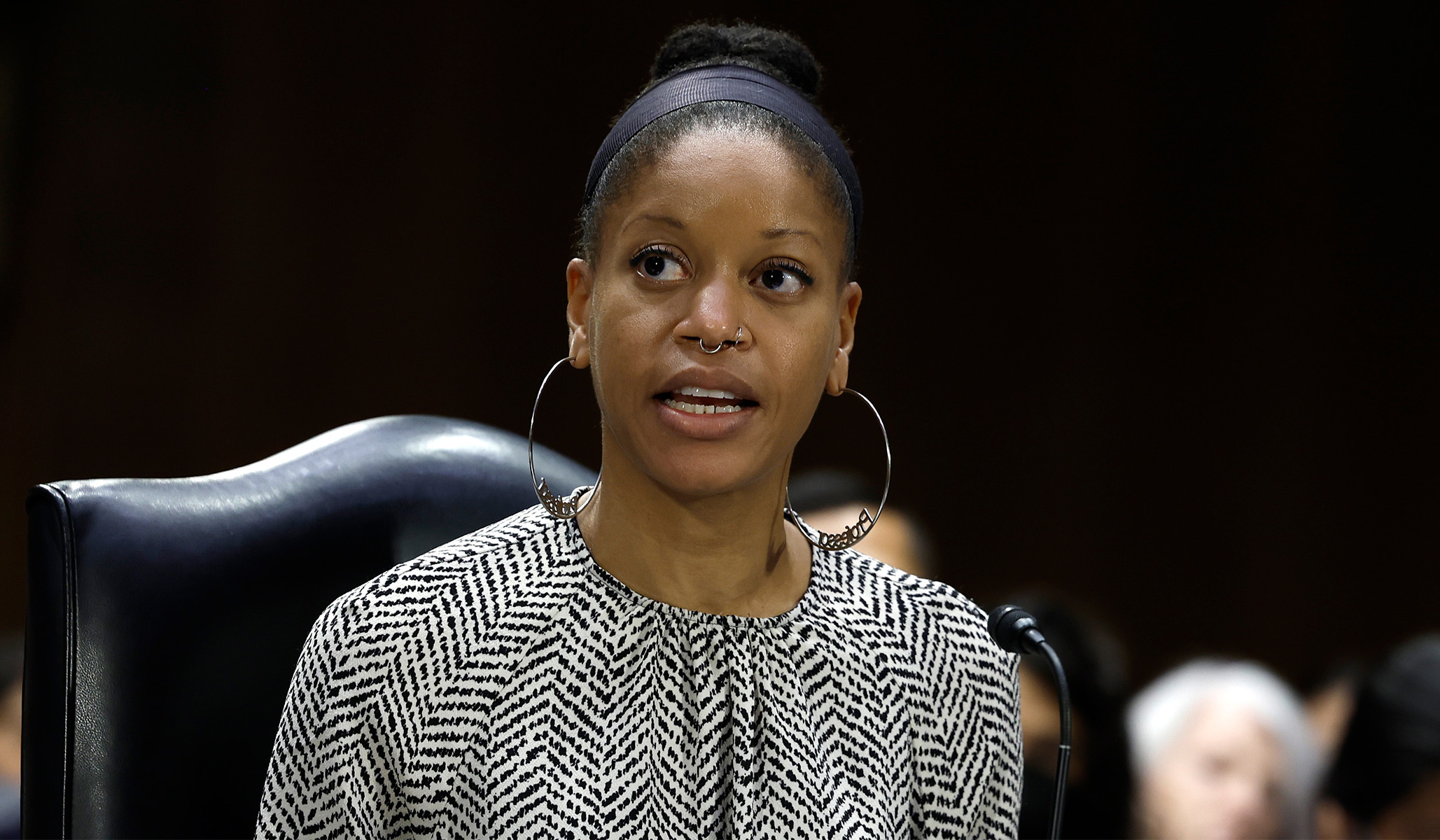 Ringed-up professor of law Khiara Bridges
“You’ve referred to ‘people with a capacity for pregnancy’,” he said. “Would that be women?”

Republicans, and other organizations in the US and beyond, have repeatedly sought to diminish the rights of trans people. Parts of the US have seen a rise in anti-LGBTQ+ hate and also anti-LGTBQ+ legislation over the past year.

Hawley said: “So this isn’t really a women’s rights issue. It’s … it’s what?”

She added: “I want to recognise that your line of questioning is transphobic and it opens up trans people to violence by not recognizing them.”

Hawley said: “You’re saying that I’m opening up people to violence by asking whether or not women are the folks who can have pregnancies?”

Bridges said: “I wanna note that one out of five transgender persons have attempted suicide. Denying that trans people exist and pretending not to know that they exist is dangerous.”...
---
Enough of this queer "news": https://www.msn.com/en-us/news/us/repub ... e-hearing/

Congoid professor spewing this kind of language to me would get one response: "No habla woke."
Activism materials available! ===> Contact me via PM to obtain quantities of the "Send Them Back", "NA Health Warning #1 +#2+#3" stickers, and any fliers listed in the Alliance website's flier webpage.
Top

Let's break it down to the roots and see if we can really understand what they are saying.
Trans, from the Latin Trans, meaning across or beyond
Phobic, from the ancient Greek φόβος, meaning fear, terror, alarm, or panic.

When you put these two together, they are accusing their victim of being terrified of change.
The proper response is that it isn't a phobia , it's disgust
Top

The Latin noun homō (genitive hominis) means “human being” or “man” in the generic sense of “human being, mankind”.

Combined, homophobic would mean fear of man, but like the stupid word transphobic the queers have it meaning, allegedly, fear of queers.

The only thing I've ever feared from queers ("queer" actually means peculiar) is if one gets close enough to sneeze its body fluids on me.

We want our word "gay" back from the word changers. And while we're at it we'll take back the rainbow.

How did queers co-opt the rainbow as somehow theirs?

It goes back to 1978, when the artist Gilbert Baker, an openly gay man and a drag queen, designed the first rainbow flag. Baker later revealed that he was urged by Harvey Milk, one of the first openly gay elected officials in the U.S., to create a symbol of pride for the gay community. Baker decided to make that symbol a flag because he saw flags as the most powerful symbol of pride. As he later said in an interview, “Our job as gay people was to come out, to be visible, to live in the truth, as I say, to get out of the lie. A flag really fit that mission, because that’s a way of proclaiming your visibility or saying, ‘This is who I am!’” Baker saw the rainbow as a natural flag from the sky, so he adopted eight colors for the stripes, each color with its own meaning (hot pink for sex, red for life, orange for healing, yellow for sunlight, green for nature, turquoise for art, indigo for harmony, and violet for spirit).

That's why queers and other sexual freaks who embrace the "natural flag from the sky" as theirs are ineligible for National Alliance membership. We don't want them -- the normal White people in our community like it that way.
If Whites insist on participating in "social media," do so on ours, not (((theirs))). Like us on WhiteBiocentrism.com; follow us on NationalVanguard.org. ᛉ
Top
Post Reply
4 posts • Page 1 of 1