The last White leaving California please turn out the lights

The last White leaving California please turn out the lights

Note the Life Rune on arm of the girl standing on the left, watching White boy being assaulted by non-Whites

A group of about 50 students and some community members gathered at Sather Gate on Tuesday, protesting police brutality and what they called a hostile campus atmosphere for the underrepresented minority population.

Initially led by the Stop Mass Incarceration Network, the protest was organized as part of a series of coordinated responses nationwide to police brutality. According to Rafael Malik, a member of the network that organized the event, the protest was meant to drum up support for the cause on campus. After Malik and other members of the network left the protest, a diverse group of students continued protesting through the afternoon.

At 11:30 a.m., the group convened outside Sproul Hall and by 1 p.m., more than 50 individuals blocked pedestrian traffic through the passageway under Sather Gate.

On a few occasions, passers-by’s attempts to break through the blockade were met with violent responses. UCPD spokesperson Lt. Marc DeCoulode said there were three reports of assault during the protest, while no arrests were made.

UCPD officers were looking on from a distance throughout the protest, and DeCoulode also noted that the officers were in communication with campus administration before and during the event. Protesters violated campus “time, place and manner” rules governing public forums and rallies, DeCoulode said, by blocking Sather Gate, though UCPD did not take any action.

“It may have been inconvenient, but people did at least have a way to get around,” DeCoulode said.

The protests were largely peaceful. UC Berkeley freshman Luke Thomas said many students “stumbled across the event” and joined the blockade as a spontaneous expression of solidarity because they identified and empathized with the movement.

“I was just walking to class and was told I couldn’t pass,” said senior Janae Castellanos. “So I decided to join them.”

At about 2:20 p.m., the group of protesters involved with the Stop Mass Incarceration Network departed to attend a similar demonstration in Oakland. Afterward, no one leader was directly responsible for the actions of the group blocking Sather Gate, nor was any student group affiliated.

Cori McGowens, a member of the campus Black Student Union, said there was no affiliation between BSU and the protest.

While many protested police brutality, freshman Aumunique Borja spoke out against what she perceived to be a hostile campus climate for the black population and said she felt like an “endangered species” on campus.

Throughout the afternoon, chants ranged from repeated affirmations that “black lives matter” to denunciations of the campus, such as: “UC Berkeley is racist as hell — shut it down, shut it down.”

The protests waned about 4 p.m. Campus senior Jonathan Verdugo said protesters left to avoid any physical altercation after students, who were angry with the demonstrators, started “bull-rushing” them.

At the protest, UC Berkeley junior Nicolas Jaber voiced his displeasure with protesters for nearly two hours, criticizing their manner of protest.

“This type of thoughtless, angry protesting is the essence of the problem of campus climate,” Jaber said. “As long as students resort to these tactics, we will never be able to come together and have a thoughtful discourse about race and gender.”

Verdugo, however, said that regardless of what others felt about the group’s methods, the group was able to have its voices heard.

“Today, everyone who was here now knows that black lives matter,” he said.
---
http://www.dailycal.org/2015/04/14/stud ... -concerns/
If Whites insist on participating in "social media," do so on ours, not (((theirs))). Like us on WhiteBiocentrism.com; follow us on NationalVanguard.org. ᛉ
Top

In a Washington Post column noting teachers have begun to opt out of teaching Shakespeare to students, Luther Burbank High School English teacher Dana Dusbiber explained her reasoning for excluding who many consider to be one of the greatest writers of all-time.

According to Dusbiber, “I do not believe that a long-dead, British guy is the only writer who can teach my students about the human condition."

Dusbiber explained she worries the emphasis on Shakespeare comes at the expense of teaching from non-white perspectives:

“What I worry about is that as long as we continue to cling to ONE (white) MAN’S view of life as he lived it so long ago, we (perhaps unwittingly) promote the notion that other cultural perspectives are less important. In the 25 years that I have been a secondary teacher, I have heard countless times, from respected teachers (mostly white), that they will ALWAYS teach Shakespeare, because our students need Shakespeare and his teachings on the human condition.”

Dusbiber asks why teachers do not teach about “the oral traditions out of Africa” or "translations of early writings or oral storytelling from Latin America or Southeast Asia" and, instead, focus on "Western literary canon."

She thinks less emphasis on Shakespeare would benefit all students:

"If we only teach students of color, as I have been fortunate to do my entire career, then it is far past the time for us to dispense with our Eurocentric presentation of the literary world. Conversely, if we only teach white students, it is our imperative duty to open them up to a world of diversity through literature that they may never encounter anywhere else in their lives."

Dusbiber - who is white - claims it is "sad that so many of my colleagues teach a canon that some white people decided upon so long ago and do it without question.”
---
http://www.mrctv.org/blog/california-en ... -hes-white
If Whites insist on participating in "social media," do so on ours, not (((theirs))). Like us on WhiteBiocentrism.com; follow us on NationalVanguard.org. ᛉ
Top

Will Williams wrote:Note the Life Rune on arm of the girl standing on the left, watching White boy being assaulted by non-Whites

If she raises her arm straight up, the symbol will appear as the death rune. Perhaps she is trying
to work both sides of the street!

Will Williams wrote:Note the Life Rune on arm of the girl standing on the left, watching White boy being assaulted by non-Whites

If she raises her arm straight up, the symbol will appear as the death rune. Perhaps she is trying
to work both sides of the street!

Apparently Lady Gaga is working both sides of the street as well. Note the arm.

Marriage, which was as old as the thirteen colonies before being destroyed, is only one of our social woes. The Constitution is under attack —boldly, liberals refer to it as “a dynamic document” in order to water it down and eventually put it aside. We’re in the midst of a Revolution of the Rotten.

The country is being flooded with races genetically distant from its European founders and the spirit of the old laws is dying rapidly. Our traditional border with Mexico is being overrun just like the Roman “limes” in 400 AD.

Thomas Jefferson said very unceremoniously that the tree of liberty must be fertilized every now and then with the blood of tyrants and patriots. We spill a lot of blood around: that of our young in senseless wars and that of those who fall victim to crime in our cities.

Those who hate what America stood for have outfoxed everyone else in the marriage controversy. They appealed to the very dummies they had been indoctrinating for a long time with their TV and their movies… and won!

On Monday, the California state Assembly passed ACR 99, a resolution offering several opinions about the LGBTQ community and then concluding by asking religious leaders with “moral influence” to affirm homosexuality and transgenderism. The bill throws aside religious liberty and targets religious people and organizations under the guise that failure to agree with the LGBTQ lifestyle could cause “suicide and depression,” falsely placing blame where there shouldn’t be, in addition to several other bogus ideas.

The text of the resolution includes repeated philosophical and practical statements about human sexuality: “The California State Legislature has found that being lesbian, gay, bisexual, or transgender (LGBTQ) is not a disease, disorder, illness, deficiency, or shortcoming,” but most of the bill outlines the aversion the state Assembly supposedly has to “conversion therapy”:WHEREAS, Practices or therapies that attempt to create a change in a person’s sexual orientation or gender identity are often referred to as conversion therapy...
---
More here: https://amredeemed.com/end-times-news/n ... genderism/

In these times the LGBTQ acronym is handy for describing many of the "confused gender" freaks who are ineligible for National Alliance membership. 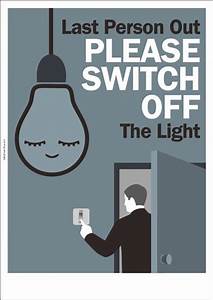 Will Williams wrote: In these times the LGBTQ acronym is handy for describing many of the "confused gender" freaks who are ineligible for National Alliance membership.

Oh, so that is what it is. Now that I know what we are talking about, when/when did I ever
prescribe this as NA policy???
Top

Let me qualify that with your original quote:

" To say we are prudes or cultish because we oppose pornography or freakish LGBT bs is out of line."

Wade Hampton III wrote:Let me qualify that with your original quote:

" To say we are prudes or cultish because we oppose pornography or freakish LGBT bs is out of line."

Wade, goddammit, you need to get off this idea that the National Alliance will "devolve into cultism" for its policy of rejecting the degenerate "LGBTQ community," and with my continued disapproval of your personal fascination with pornography on our public forum.

Who are you trying to influence with your criticism? Can you not find something better to discuss for visitors who come here looking for information about the National Alliance?

You're right, you can't stop me from rejecting your foolish criticism. I can block you if you persist, but don't want to because I know you are capable of of expressing the NA's program and world view positively.

There is a place for "adult" art, but, for the tenth time, it is not here at White Biocentrism. That is the "NA standard," if you wnat to call it that. Take your disruptive fascination with ancient Roman pornographic art to your NorthernTruthSeeker or Kaminsky' hangouts, OK? Maybe they will appreciate it.
If Whites insist on participating in "social media," do so on ours, not (((theirs))). Like us on WhiteBiocentrism.com; follow us on NationalVanguard.org. ᛉ
Top

Well at least...thanks for letting me know what "LGBTQ" is. At least I know what I
have been accused of. Perhaps on this forum there are others as well who may be
in the dark about "LGBTQ(?)"
Top
Post Reply
20 posts