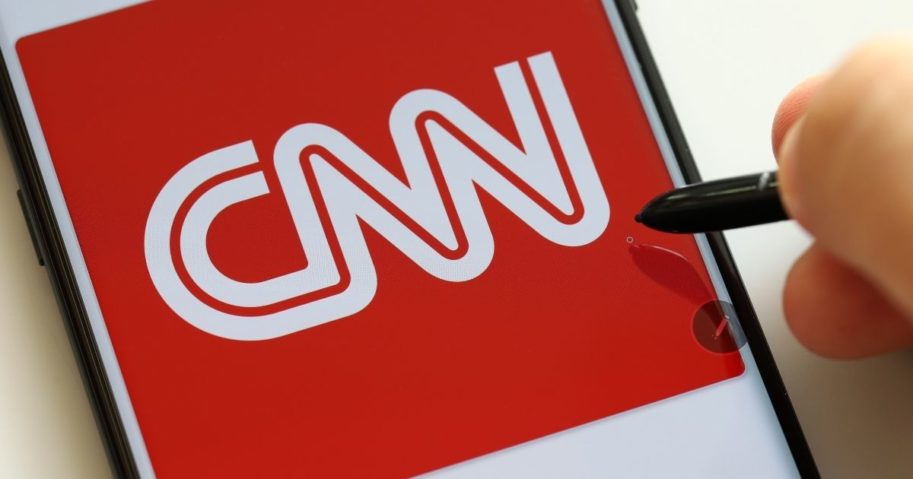 On March 23, Mohammad Anwar of Springfield, Virginia, a 66-year-old immigrant from Pakistan earning his living as an Uber Eats driver, was killed by two girls, ages 13 and 15.

They carjacked Anwar, tased him and then, as he held on to the car (the source of his livelihood) in an attempt to stop them from stealing it, floored the gas pedal and crashed the car, killing him when he was thrown from the vehicle.

As reported the next day in The Washington Post:

“Anwar tried to force his way back into the car by climbing on top of the teen in the driver’s seat, [Detective Chad Leo of the Washington, D.C., police homicide unit] said. Before he could get all the way in, though, the 13-year-old reached over from the passenger seat, turned on the ignition and ‘manipulated’ the gear shift, Leo said. With Anwar ‘hanging outside the car’ through the open driver’s door, Leo said, the vehicle lurched forward and accelerated down the block, made a sharp right turn, struck a curb and overturned, landing passenger side up. Anwar was ejected and suffered broken bones and injury to his head.”

After the unharmed girls climbed out and joined the onlookers milling around the car, one of them could be heard yelling, “My phone is in there!” and, “He has my phone!”

I found no mainstream media that identified the girls as black.

In The Washington Post report cited above, there was no mention of the girls’ race, just, “Two girls ages 13 and 15 have been charged with felony murder.”

CNN’s report on March 27 made no mention of race: “Two teenage girls have been charged in the carjacking death of an Uber Eats driver … The girls, 13 and 15, assaulted Anwar with a Taser while carjacking him … The younger girl is from the southeast section of DC, the older from Fort Washington, Maryland, police said.”

In a March 31 Washington Post editorial on the subject, there was no mention of the girls’ race.

The New York Times never even reported the incident.

Why is this significant? Because white perpetrators of violence are always identified as such. When a white man engages in a mass killing, the first thing we learn, and are told over and over, is that he is white.

If a white policeman kills a black man, no matter how justified (as in Ferguson, Missouri) or morally ambiguous (as in most other cases), we are reminded in every news story that the officer was white.

In its very first report on the Atlanta massage parlor killings, The Times reported, “The suspect in custody is white.”

The mainstream media have a mission that has nothing to do with reporting truth. Along with the Democratic Party and the rest of the left, their mission is to portray America — that is, its white population — as racist.

Reporting that nonwhite people have perpetrated violence — particularly against other nonwhite people — undermines that narrative, and these inconvenient facts are therefore consciously omitted. Or worse: The implication placed in people’s minds is that white people are the perpetrators.

This was my point in a previous column when I wrote:

“Another New York Times article [about anti-Asian-American violence], under the headline ‘A Tense Lunar New Year for the Bay Area After Attacks on Asian-Americans,’ opens with this: ‘The videos are graphic and shocking. In January, a local television station showed footage of a young man sprinting toward, then violently shoving to the ground, a man identified as Vicha Ratanapakdee, 84, who had been out for a morning walk in the Anza Vista neighborhood of San Francisco. He later died.’ The Times piece never reveals the name or race of the perpetrator: Antoine Watson, a 19-year-old black man.”

Why? Because The Times wanted its readers to believe that Ratanapakdee, the elderly Asian-American, was murdered by a white person.

Truth, it is necessary to say again and again, is a liberal value and a conservative value, but it has never been a left-wing value.

Here is another example from just the past two weeks:

Last week, anti-black and anti-Semitic graffiti was discovered at Albion College, a school about 100 miles to the west of Detroit. As is usually the case with such incidents, police soon discovered that the culprit was not a white racist but a black person seeking to inflame anti-white hatred. Yet, here was how the Detroit Free Press headlined the discovery: “Albion Student Suspended Over Racist Graffiti.”

Nowhere in the article did the Detroit Free Press note that the suspended student was black.

America is drowning in left-wing lies. And it is being asphyxiated by the left’s substitution of “social justice” for justice.

The two girls, who committed a very adult crime, will not be charged as adults, will likely not be imprisoned and very possibly will not even be punished. And the Albion student — whose name has not been released — most likely won’t be punished either.

What Prager the Jew won't tell you is that CNN and other "news" outlets are owned or dominated by Jews. "Liberal bias!" "Racist conservatives!" says the sheenie, always deflecting away from The Tribe.
Activism materials available! ===> Contact me via PM to obtain quantities of the "Send Them Back", "NA Health Warning #1 +#2+#3" stickers, and any fliers listed in the Alliance website's flier webpage.
Top

Jim Mathias wrote: ↑
Thu Apr 15, 2021 11:18 pm
What Prager the Jew won't tell you is that CNN and other "news" outlets are owned or dominated by Jews. "Liberal bias!" "Racist conservatives!" says the sheenie, always deflecting away from The Tribe.

I had no idea that he is Jewish. This msy be the first time that I've ever heard of him.
Professor of Anti-White Discrimination and Racial Hypocrisy
Top

Wow, Prager really went out on a limb to declare the truth about crooked crime reporting that we've been telling for decades.


Dennis Prager was born in Brooklyn to Hilda Prager (née Friedfeld; 1919–2009) and her husband, Max Prager (1918–2014). Prager and his siblings were raised in a Modern Orthodox Jewish home. He attended the Yeshiva of Flatbush in Brooklyn, New York

They in fact did make mention of the murderous actions of the two girls. The mainstream media refers to all underage blacks as "Teens". This is code now, and has confused whites for some time. Test my theory....the next time you see a story and see the word "Teen" in the headline, dig deep for the race of the individuals.

WhiteHealer wrote: ↑
Fri Apr 16, 2021 10:29 pm
They in fact did make mention of the murderous actions of the two girls. The mainstream media refers to all underage blacks as "Teens". This is code now, and has confused whites for some time. Test my theory....the next time you see a story and see the word "Teen" in the headline, dig deep for the race of the individuals.

One of my favorite MSM euphemisms for young nigger perps is "disadvantaged youths." You can be assured that is code for Blacks.
Top
Post Reply
6 posts • Page 1 of 1