I pulled this post from the White activism in the news June 2020 topic for further discussion of not just White Wheeling's anti-White predicament, but of the sad state of elected officials, many of whom are White, at the local level in America's cities. Please try to stay on topic.
---

WHEELING – Mayor Glenn Elliott has a simple message for an outside white {sic} supremacist group that recently posted promotional flyers in the Friendly City.

“There’s no home for this in Wheeling,” Elliott said. “We’re better than that.”

Flyers from the nationalist group were posted on utility poles and even private properties across the city two or three weeks ago, prompting concerns to be raised by residents and local officials.... 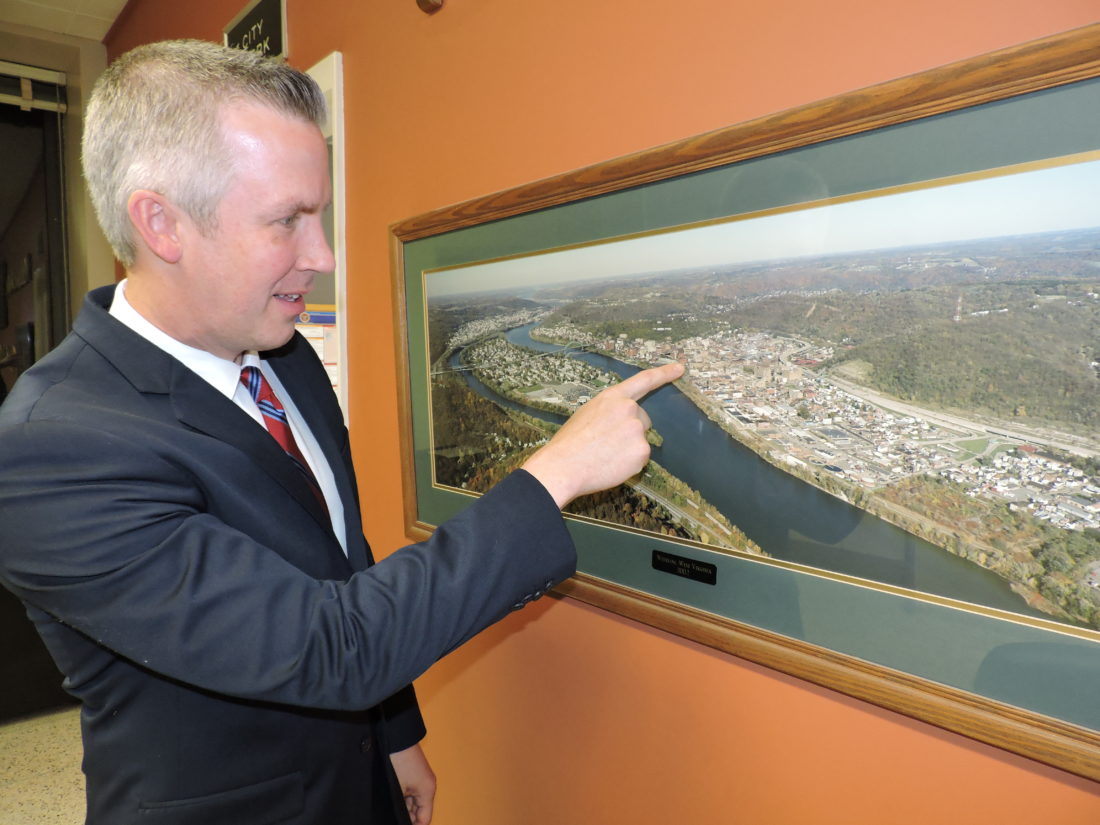 Mayor Elliott points to where nationalist sticker was found.

The demonstration was planned to be held at noon, but by mid-Tuesday morning the event had been canceled, apparently due to rumors of violence against protesters and accusations that out-of-area protesters would be bused en masse into the city.

All selected officials are scrutinized by the Jewmedia for conformity to their narratives. Until similar pressures can be brought to bear by organized Whites (that's us) then these panderers to non-Whites and toadies to Jews will continue to "take a knee" before their masters. That some pro-Whites were in Wheeling upsetting the Jews' apple cart should provide ample instruction to those who aren't active in other media endeavors for the Alliance.

Do some fliering of your own where you are; we have plenty of different types readily available for download and printing and some that are ready to go. Contribute well-written articles, quality videos, or other content for National Vanguard that is consistent with our message. Buy some billboard time advertising our websites---and there are many other methods I haven't even touched upon here but can be found in those threads Will mentioned above regarding White activism in the news. All of us in the Alliance should be doing something every single day to get more exposure for our cause. All of us!
Activism materials available! ===> Contact me via PM to obtain quantities of the "Send Them Back", "NA Health Warning #1 +#2+#3" stickers, and any fliers listed in the Alliance website's flier webpage.
Top

While some Jewed media outlets like the Intelligencer blacked out the flier's group or individual identification deliberately, it turns out that one decided to tell their media consumers the truth: it was Patriot Front who distributed the posters. See video here: https://www.wtrf.com/news/local-news/re ... Xlnex8ZDxE
Activism materials available! ===> Contact me via PM to obtain quantities of the "Send Them Back", "NA Health Warning #1 +#2+#3" stickers, and any fliers listed in the Alliance website's flier webpage.
Top

It's worse than I thought with Wheeling city leaders (and voters):
--- 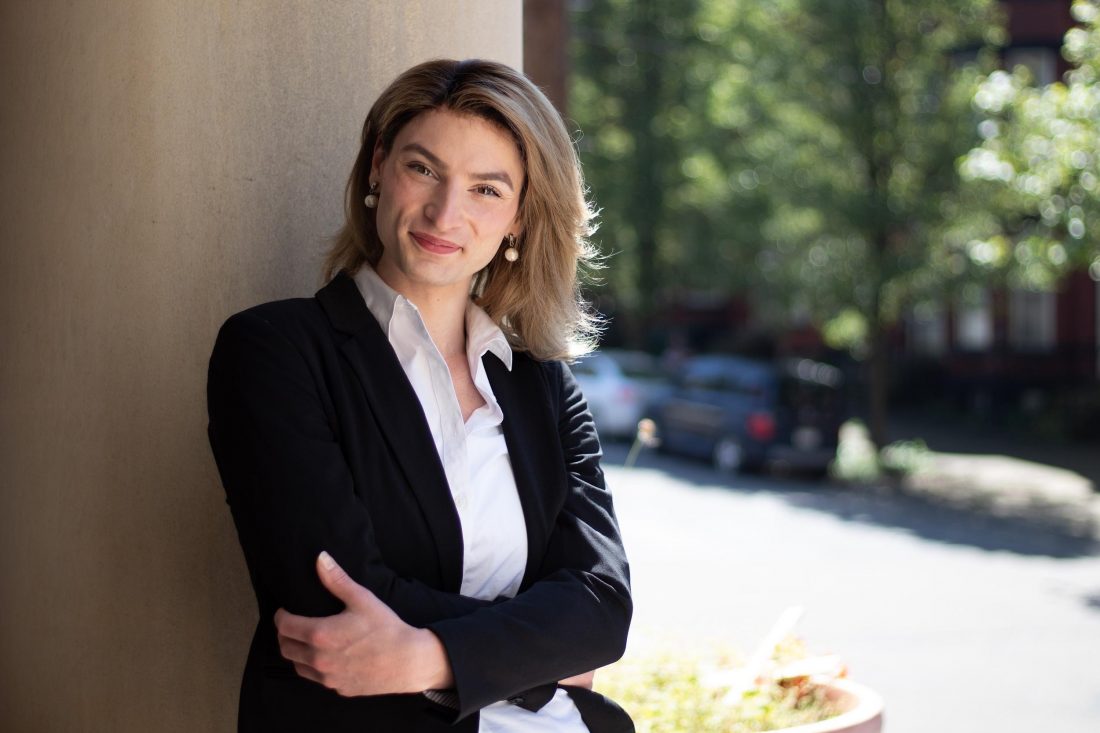 The real news The Intelligencer didn't feel was necessary to report about Ms. Rosemary: 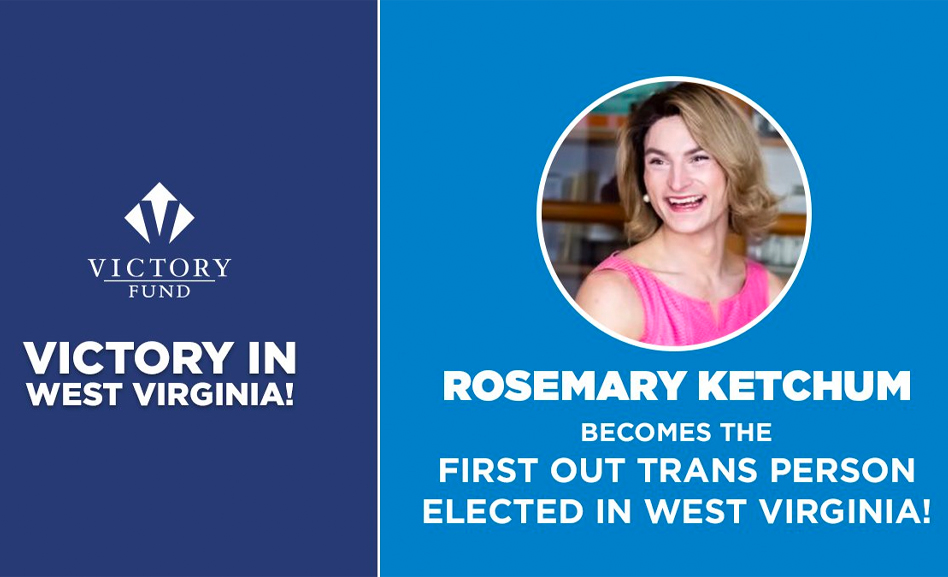 National elections are one thing, but this shows just how sick local elections of community leaders become when normal voters do not object to being "led" by such activist freaks.
Top

Regarding that weelunk article that Mr. Ketchum wrote:
After reading it, I thought it seemed odd to me that the former Ian Christopher decided to write glowingly about queer recruiting into the "drag queen" world. One thing that stood out that made me question this story included a tidbit about a 19 year old who didn't know he was a faggot until the drag queens showed up in his life and took him to a (presumably) gay bar in Wheeling.

I happened to look up WV law and, unless an under-21 year old 'minor' purchases something legally (not alcoholic) at a bar, they're not permitted to be in those establishments serving alcohol. I wonder, does Mr. Ketchum really approve bringing underage patrons into a liquor serving establishment? It seems so! Are other Wheeling city council members in favor of bringing in 19 year old boys into see drag shows at gay bars like Another World where older faggots could ply the boy with alcohol they could slip him? As homosexuals are nearly 100x more likely than White heterosexual males to be HIV carriers, isn't this public health matter of any concern to the residents of Wheeling?
Activism materials available! ===> Contact me via PM to obtain quantities of the "Send Them Back", "NA Health Warning #1 +#2+#3" stickers, and any fliers listed in the Alliance website's flier webpage.
Top

This follows the YWCA’s petition floating around the state, calling attention to racial disparities seen in our communities.

Council Woman Rosemary Ketchum and Vice Mayor Chad Thalman were the biggest supporters of this declaration.

The Friendly City is the first in the state and many hope this petition will make it to the Governor’s desk.

Wheeling City Council will be the first in the state of West Virginia which is ground breaking. Our city council has been great in the last few years of addressing disparities of all sorts and this is just another step.

Many representatives from the group ‘Men of Change’ filled the audience and say the step of call racism a public health crisis acknowledges that ‘racism affects every part of a person.’

Among other things, this motion will take inventory on the administrations throughout Wheeling and find ways to better represent the whole community.

Men of Change and the YWCA hope other cities in the state will follow in Wheeling’s lead.

"Public health crisis" eh? More like a racial health crisis having Congoids or other non-Whites anywhere near Whites as they only threaten our well-being and contaminate the White gene pool. Of course, these claims making "racism" a public health issue is to cow Whites into accepting our dispossession and creating conditions ripe for the genocide of Whites. It seems Wheeling could use a daily dose of facts about certain non-Whites and disease-prone homosexuals in a community if they're so concerned about public health.

Combat their lies with the truth in your neighborhood with these today
health_warning02-300x180.jpg (18.73 KiB) Viewed 832 times

Activism materials available! ===> Contact me via PM to obtain quantities of the "Send Them Back", "NA Health Warning #1 +#2+#3" stickers, and any fliers listed in the Alliance website's flier webpage.
Top
Post Reply
7 posts • Page 1 of 1