The Battle of Lepanto (1571), a Battle of Ironclads by European Industrial Empires

Did you know that even during the 1500s, the European navies already used ironclad battleships? The first sail-powered ironclad battleship in Europe was the Iron Beard invented by Eric Hakonsson of Norway in the 1200s. The naval battles of Lepanto were one of the first naval battles to be fought with sail-powered, but iron-plated, armored battleships. It was warfare on an industrial scale: the European battleships of Spain and the 1st German Reich that participated in the Battle of Lepanto were all armed with broadside cannons firing explosive shells that used a wick which ignited when the propellant charge was detonated and the shell then exploded when the fire from the wick reached the gunpowder inside it. The cannons also fired grapeshot which is comprised of several musket balls loaded into the cannon and fired into the deck of the enemy ship to kill the crew on board. The marines onboard the ship also carried matchlock muskets and they also carried heavy arquebus class matchlocks that needed 2 men to handle the recoil generated when the gun is fired. To kill many enemy personnel when boarding an enemy ship, the marines also carried wick-ignited hand grenades and incendiary bombs in the form of oil filled fire jars for setting the enemy on fire. They also used smoke bombs to obscure enemy vision during a retreat from the enemy ship. The Spanish and German navies also had Bomb Vessels, which are ships that use heavy mortar cannons to bomb enemy ships and coastal buildings with wick-ignited mortar shells, and these Bomb Vessels were invented in England in 1347. The Europeans also possessed heavy industries such as animal mill, watermill, and windmill factories that were used to make mass produced interchangeable parts for weapons and battleships, along with coal-fired blast furnaces and oil refineries to refine oil for use in soap, oil lamps, candles, lubricants, cleaning oils, and incendiary bombs, which allowed them to mass produce guns, cannons, ammunition, explosives, and ironclad battleships. The enemy of the Spanish and German Empires was the Islamic Ottoman Caliphate and because their ships were made of wood rather than iron, they were easily destroyed by European artillery shells and the Islamic Caliphate had to halt its planned invasion of Europe.

Below is a woodblock print of the Santa Anna Ironclad battleship used during the Battle of Lepanto:

Below is a photo of a replica of the Galleon of Venice Ironclad battleship used during the Battle of Lepanto: 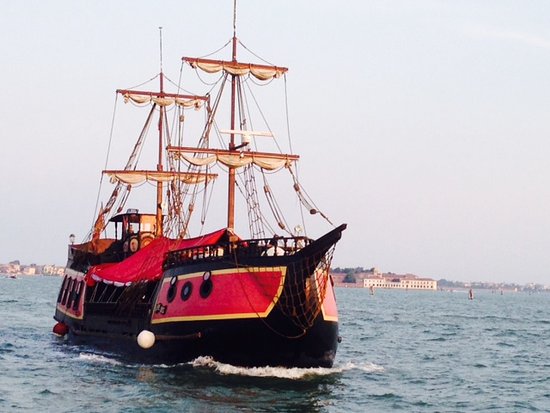 Re: Lepanto 1571: European Industrial Empires vs Fanatical A

Perhaps a forgotten tribe of Nordic Europeans once sailed the ancient seas in ships now lost to time... 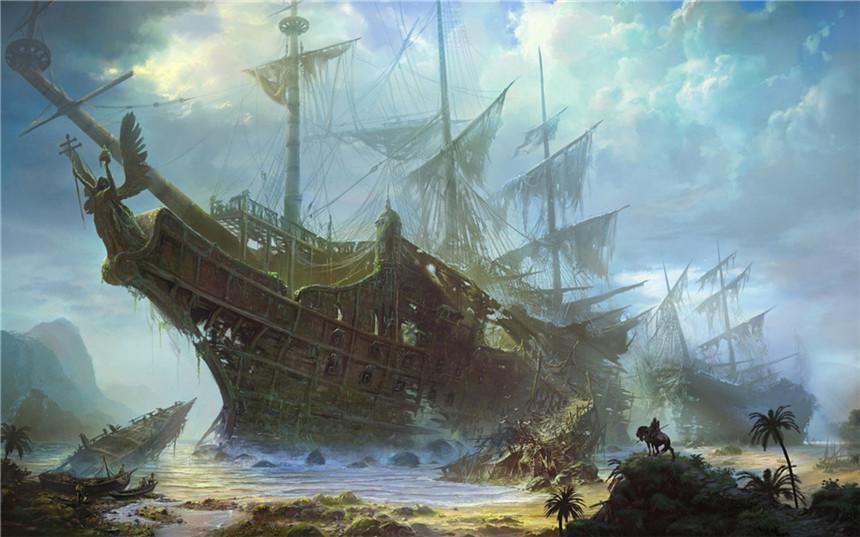 Re: Lepanto 1571: European Industrial Empires vs Fanatical A

Lieutenant Kelowitz wrote:Perhaps a forgotten tribe of Nordic Europeans once sailed the ancient seas in ships now lost to time...

It was not forgotten, the Viking Empire which lasted from 800-1100 and was founded by Rurik, its 1st emperor, sent a fleet of battleships led by Erik the Red to conquer the island of Greenland, making it the 1st North American territory to fall under Caucasian control.

The Vikings introduced the following innovations to make their navy the most powerful in Europe at that time:

Tacking - the ability to sail into a headwind by moving an adjustable triangular sail back and forth to catch the wind and push it back, generating a propulsive force that moves the ship.

Sun Compass - a compass where heading is determined by the position of the shadow cast by the sun on a wooden cylinder placed in the center of a dial with lines on its edges enabling navigators to determine the degree of inclination to north, south, east, and west.

Shield Armored Ship - a ship with the sides of its hulls covered in large metal discs that act as a shield from enemy projectiles.
Top

Below is a painting of an English Bomb Vessel:

This is an excellent history lesson! Kudos!
Top