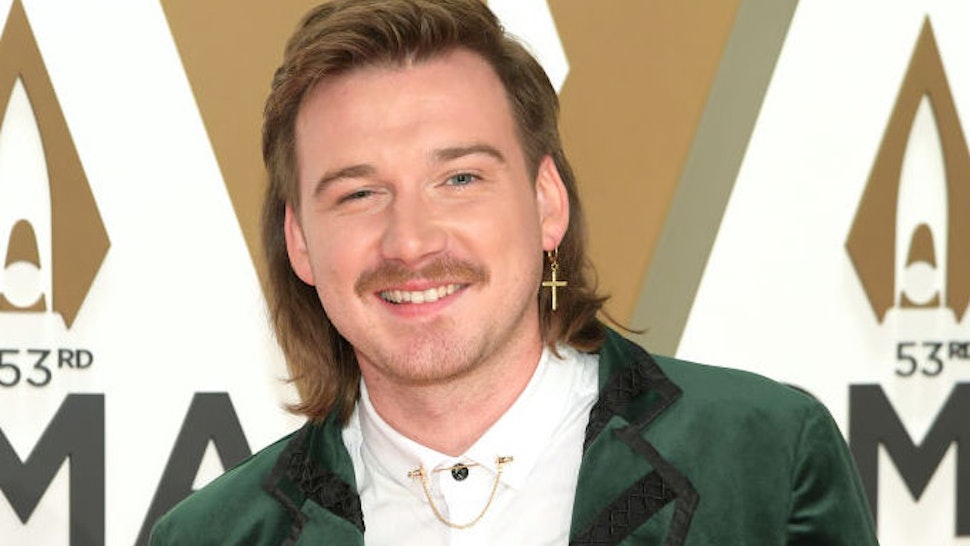 The tunes of country music’s hottest star, Morgan Wallen, have been removed from numerous platforms following the emergence of a video of Wallen saying the N-word after a night out in Nashville.

Wallen’s music was first pulled by Cumulus Media. The country music heavyweight sent a directive to all of its 400-plus stations to remove Wallen’s songs from their playlists “effective immediately,” Variety reported.

Additionally, as reported by the New York Post, Wallen “has been disqualified from performing at or receiving any recognition during the upcoming Academy of Country Music Awards.”

“I’m embarrassed and sorry,” Wallen said in response to the video. “I used an unacceptable and inappropriate racial slur that I wish I could take back. There are no excuses to use this type of language, ever. I want to sincerely apologize for using the word. I promise to do better.”

TMZ published the video, which was reportedly recorded by a neighbor, showing Wallen spewing expletives and the N-word after a night out in Nashville with friends. TMZ reported:

Morgan Wallen returned home Sunday from a rowdy night with friends, and as he walked up his driveway he hurled the n-word and other profanities, it’s all on video and Wallen is remorseful.

The country star and a group of buddies had just spent a night out in Nashville. When they arrived at Morgan’s home at around midnight, they were extremely loud … honking horns and talking loudly … loud enough to piss off neighbors. One of the neighbors began recording the antics.

Variety noted that fans of Wallen’s highlighted that the singer was using the term “as a ‘term of endearment’ among friends and not as invective.”

However, the outlet noted, “the zero tolerance policy for the word is unlikely to get him any reprieves any time soon among major media companies, regardless of how fans might react when many of them awaken to the news that a hero of theirs is in disgrace Wednesday morning.”

A figure in the country music industry said the move to deplatform Wallen’s music has been met without pushback.

“Any listener that doesn’t take extreme offense at the character of these remarks is not a listener we need to entertain,” the industry insider told Variety. “Program directors are like, ‘Oh my god — this guy.’ No one is saying, ‘Are you sure you want to do that? He’s really popular.’ It’s more like, ‘It’s going to be tough to make those changes immediately, but we’ll do it.’ You can’t be pro-N-word. It’s the inarguable word.”

“That’s for him to figure out,” the insider said of Wallen finding his way back in the good graces of country music. “He’s gotten out of jams before, but this is gonna be tough.”

His grovelling is unmanly as no one is torturing him. Perhaps that cross dangling from his ear is an indication he's a queer christian and thus explains his behavior.
Activism materials available! ===> Contact me via PM to obtain quantities of the "Send Them Back", "NA Health Warning #1 +#2+#3" stickers, and any fliers listed in the Alliance website's flier webpage.
Top

Jim Mathias wrote: ↑
Mon Feb 15, 2021 8:24 pm
His grovelling is unmanly as no one is torturing him. Perhaps that cross dangling from his ear is an indication he's a queer christian and thus explains his behavior.

His sales have actually shot way up - although he apparently no longer has a contract.
Professor of Anti-White Discrimination and Racial Hypocrisy
Top

I just checked Pandora and they still have him and his songs still available. I don't listen to him nor have I heard of him until today. But I agree with Jim and I too have no respect over groveling.
Top

I can argue about it. Saying "nigger" or any of it's ebonic variants rolls off the fat lips of Congoids throughout the land day and night, day after day, and in a wide variety of contexts. Yet no one dares to talk about that.

Muzzling Whites is the game afoot here, but they'll never admit it.
Activism materials available! ===> Contact me via PM to obtain quantities of the "Send Them Back", "NA Health Warning #1 +#2+#3" stickers, and any fliers listed in the Alliance website's flier webpage.
Top

Morgan who? Never heard of the guy. I'm with Jim: he looks like a queer with that little cross dangling from his ear.

I remember NWA (Niggers With Attitudes), though, from around 30 years ago. They were early "Gansta" rap stars. They were way ahead of their time, No "Defund the Police" for these popular bad boys. Their lovely anthem back then was "Fuck the Police." https://www.thedailybeast.com/the-fbi-a ... hunted-nwa

I tell an anecdote about these musical niggers here that would probably land me in jail today by the thought police: https: https://whitebiocentrism.com/viewtopic.php?f=8&t=4562 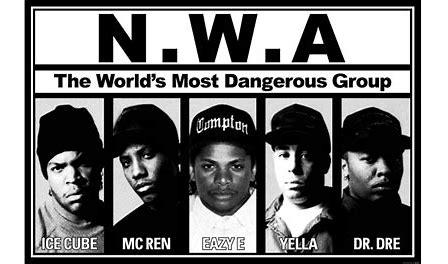 These Niggers With Attitudes could never have "made it big" without the heavyweight Jews who owned and controlled the popular music industry bankrolling and popularizing their "music":
---

Interscope Records is an American record label owned by Universal Music Group through its Interscope Geffen A&M imprint. Founded in late 1990 by Jimmy Iovine and Ted Field as a $20 million joint venture with Atlantic Records of Warner Music Group,[2] it differed from most record companies by letting A&R staff control decisions and allowing artists and producers full creative control.[3] Its first hit records arrived in under a year, and it achieved profitability in 1993.[4] Chair and CEO until May 2014, Iovine was succeeded by John Janick.[5]

In 1992, Interscope acquired the exclusive rights to market and distribute releases from the hardcore hip hop label Death Row, whose artists included Dr. Dre and Snoop Dogg, a decision that ultimately put the label at the center of the mid-1990s gangsta rap controversy. As a result, Time Warner, owning Atlantic, severed ties with Interscope by selling its 50 percent stake back to Field and Iovine for $115 million in 1995. In 1996, 50% of the label was acquired for a reported $200 million by MCA Inc.,[4][6][7] later known as Universal Music Group.

Return to “Art and Music”