by Ray W
Ebenezer needy bad to bathe, yet paid not thee bill
so he needed an alternative to work his watery will.
For lack of formal vocational focus
he tried on this occasion a bit of hocus-pocus:
a can of beer near-appeared, smoking on yon windowsill.

Ebenezer swilled and scrubbed. the beers hip-hipped and hopped
fillin' tub and man with a bountiful hops-and-barley crop;
as alcohol ambered all from heads to tipsy toes,
not one noticed how the suds rose and rose and rose
tickling Eb's pickled nose--Eb who forgot the word for stop.

Curiosity kills a cat or two but it can right-right the mean;
if creeping by Eb's window out peeps quite the aquarium scene:
in a white clawfoot regular-and-lite studded tub
semi-frozen in the midst of impure rub-a-dub
floats a silver-hair, wide-eye dead fish, buck naked but clean.

by C.E. Whiteoak
Don't know, but I'm guessing ol' Eb died unconscious but happy, dreaming of more palatable suds. Probably the first time he was clean in forty years, too. 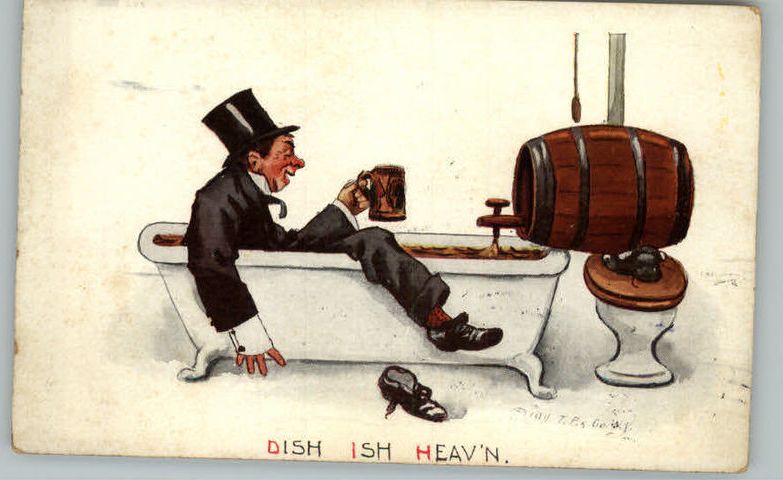