(O.P.'s Note: I already knew that President Trump is a Shabbos Goy - or he's a Philo-Semite. Either way - he cannot solve our problems. As much as I like him - he is part of the problem.) 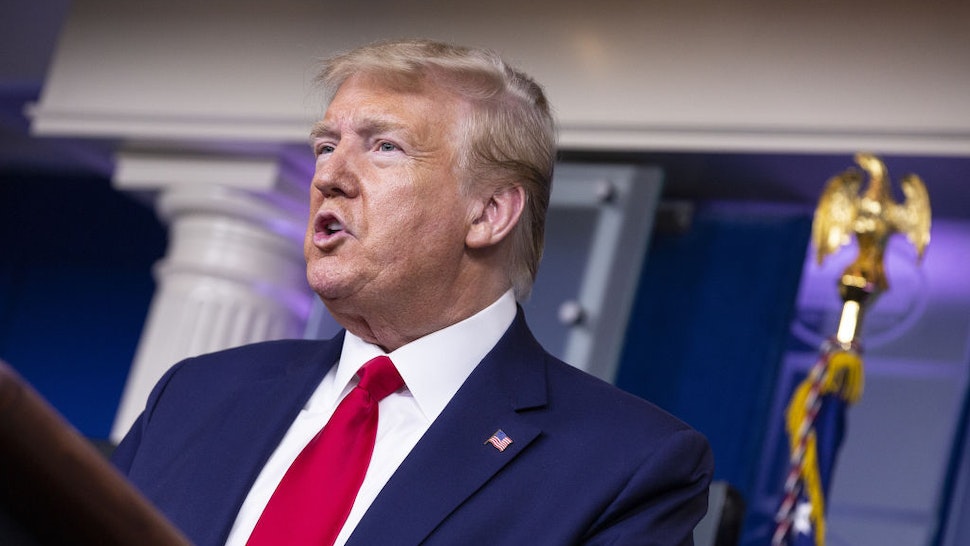 
The State Department’s counterterrorism coordinator, Ambassador Nathan Sales, underscored in a statement to the Times Monday that by naming a white nationalist group a “specially designated global terrorist organization,” the Trump administration is doing something “unprecedented.”

“The State Department’s designation for the organization, the Russian Imperial Movement, sets up the Treasury Department’s Office of Foreign Assets Control to block any American property or assets belonging to the group,” the Times explains. “It will also bar Americans from financial dealings with the organization and make it easier to ban its members from traveling to the United States.” Three of the group’s leaders — Stanislav Anatolyevich Vorobyev, Denis Valliullovich Gariev and Nikolay Nikolayevich Trushchalov — are being labeled individually as terrorists, officials told the Times, a designation that includes additional sanctions.

Officials told the Times that the group is not believed to be sponsored by the Russian government, but that its actions have been “tolerated” by President Vladimir V. Putin and it has “helped advance the Russian government’s external goals by recruiting Russian fighters to aid pro-Russia separatists in eastern Ukraine.” The organization has also supported neo-Nazi organizations in Scandinavia, which follows a larger Russian government strategy of “sow[ing] chaos in Western democracies,” the paper adds.

While Trump’s critics have frequently portrayed the president as “racist” and “empowering” white supremacists in his rhetoric, his administration has now taken multiple decisive and historic steps to counter the threat of white supremacism. As the Times notes, the White House added white supremacist groups to the federal government’s National Strategy for Counterterrorism in 2018.

In the document, the administration cites nationalist and separatists movements, including specifically neo-Nazis’, as potential global threats. Below is an excerpt from a passage describing the global threat posed by such groups: