Hunting down Nazi war criminals in the United States
By Jonathan Kirsch
Jan. 9, 2020
Jonathan Kirsch is the author of, most recently, “The Short, Strange Life of Herschel Grynszpan. Jakob (Jack) Reimer, right, arrives at court with his lawyer, former Attorney General Ramsey Clark, in New York in 1998. Reimer was a Nazi mass murderer trained in Trawniki, a village in southeastern Poland, that author Debbie Cenziper describes as “one of the most diabolical operations in the Holocaust.” (AP Photo/ Mitch Jacobson)

"To tell the truth, I used to read and write German,” a 73-year-old retired potato chip salesman named Jack told a federal prosecutor at the outset of his interrogation in 1992. “Now I have forgotten.”

Jack, as we discover in “Citizen 865: The Hunt for Hitler’s Hidden Soldiers in America” by Debbie Cenziper, was actually Jakob Reimer, one of the Nazi mass murderers trained in a village in southeastern Poland called Trawniki. The author calls it “one of the most diabolical operations in the Holocaust,” but “the Trawniki men,” too, are mostly forgotten nowadays.

Cenziper’s mission in “Citizen 865” is to restore and preserve our memory of Trawniki through her account. She is a Pulitzer Prize-winning journalist on The Washington Post’s investigative team and director of investigative journalism at Northwestern University’s Medill School of Journalism; she’s based at Medill’s Washington campus. Cenziper brought her investigative skills to bear on the challenge of retrieving the hard facts, but she also possesses the gift of a storyteller. For that reason, “Citizen 865” is a work of nonfiction that reads like a thriller.

She shows us the human faces of the real men and women of her narrative — the victims, the survivors, the perpetrators and those who sought to bring the perpetrators to justice. Prominent among them are the lawyers, investigators and historians who refused to allow the victims to disappear into mass graves. The Office of Special Investigations (OSI), a unit of the Justice Department, took up the task in 1978, when Rep. Elizabeth Holtzman of Brooklyn “helped pass legislation that made it easier for the federal government to deport anyone found to have participated in Nazi persecution, striking down a series of exemptions long provided under immigration law.”... The latest from "our" Department of Justice "Nazi hunters":
---
Tennessee Man Ordered Removed to
Germany Based on Service as SS Guard

A Tennessee resident who formerly served as a concentration camp guard in Germany has been ordered to be removed from the United States following a two-day trial in Memphis.

Friedrich Karl Berger, according to the Justice Department, was ordered removed after admitting he served as an armed guard for a sub-camp of Neuengamme near Meppen, Germany, in which Jews and other political opponents of the German people, were subject to “atrocious” conditions working “to the point of exhaustion and death.”

Berger admitted to investigators that he guarded prisoners during a two week journey after the camp had to be evacuated due to the advance of British and Canadian forces.

Roughly 70 prisoners died during that journey, according to officials.

Still a German citizen, Berger actually continued to receive a pension for his past employment in Germany that even cited “his wartime service,” the Justice Department said in a statement.

“Berger was part of the SS machinery of oppression that kept concentration camp prisoners in atrocious conditions of confinement,” Assistant Attorney General Brian Benczkowski said in a statement. “This ruling shows the Department’s continued commitment to obtaining a measure of justice, however late, for the victims of wartime Nazi persecution.”

According to the DOJ, inspectors have investigated and ordered the removal of 109 other individuals who were found to have assisted the National Socialsits since 1979.

It was not immediately clear after Thursday’s order whether German authorities will seek to prosecute Berger upon his eventual return to the country. 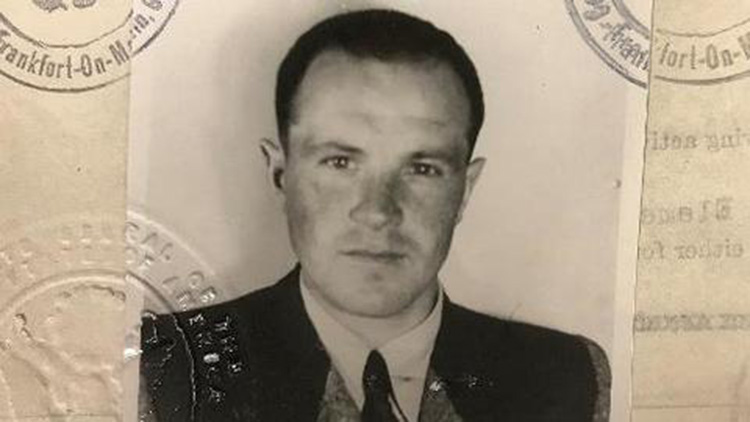 109...where have I heard that number before...
A single White man CAN make a difference.
Top

The number of times Jews have been expelled from various nations, perhaps?