A community of the conscious
http://whitebiocentrism.com/

by Wade Hampton III
A controversial proposal that aims to curb anti-Semitism on college campuses,
but has drawn the ire of free-speech advocates, will likely become law.

The proposal — a "proviso" slipped into the Senate budget that is only effective
for one year — would require South Carolina's public universities to take into
account set criteria in determining whether a given act met the State Department's
2010 definition for anti-Semitism. The proviso likely will encounter little resistance
in the House, where last year a similar bill passed overwhelmingly, and already has the
support of Gov. Henry McMaster. Proponents say it gives universities tools to investigate
and define anti-Semitism. When the bill was introduced last year, Jewish community centers
throughout the country, including one in Columbia, had received bomb threats.

"No longer will college campuses be able to sweep anti-Semitism under the rug," said Rep.
Alan Clemmons, who authored last year's House bill. Critics say the definition would
discourage student groups from criticizing Israeli policy or participating in pro-
Palestinian demonstrations. "I want it to be clear that in opposing this bill I'm not
endorsing anti-Semitism. I'm fighting for freedom of political speech," said Arya Novinbakht,
a Jewish student at the University of South Carolina and a member of Students for Justice
in Palestine. "A hate crime law would be much more effective to protecting Jewish students
on college campuses." South Carolina is one of five states that do not have hate crime laws.

USC did not take a hard stance on the bill, saying in a statement it decries bigotry and
supports freedom of speech. Sen. Brad Hutto, who has long opposed the House bill and the
proviso, noted he would support the proviso or the bill if it applied to other races,
ethnicity and gender identities and didn't apply to just college campuses. "(Racism is)
totally unacceptable everywhere, and you don't need a definition to know that it is,"
Hutto said. Colleges and universities are to use the guidelines to determine whether
someone has violated the institutions' discrimination policies.

The proviso defines anti-semitism as:

▪ a certain perception of Jews, which may be expressed as hatred toward Jews. Rhetorical
and physical manifestations of anti-Semitism are directed toward Jewish or non-Jewish
individuals and/or their property, toward Jewish community institutions and religious
facilities

▪ calling for, aiding or justifying the killing or harming of Jews

▪ making mendacious, dehumanizing, demonizing or stereotypical allegations about Jews
as such or the power of Jews as a collective

▪ accusing Jews as a people of being responsible for real or imagined wrongdoing committed
by a single Jewish person or group, the state of Israel or even for acts committed by non-Jews

▪ accusing the Jews as a people, or Israel as a state, of inventing or exaggerating the
Holocaust

▪ accusing Jewish citizens of being more loyal to Israel, or to the alleged priorities
of Jews worldwide, than to the interest of their own nations

▪ drawing comparisons of contemporary Israeli policy to that of the Nazis

▪ blaming Israel for all inter-religious or political tensions

▪ denying the Jewish people their right to self-determination and denying Israel the right
to exist, provided that criticism of Israel similar to that leveled against any other country
cannot be regarded as anti-Semitic

by C.E. Whiteoak
A lampshade is like anything else, if you make it out of low-grade, inferior material, it just turns out looking crappy.

by Wade Hampton III
Well I for one will continue to hate Jews as much as I damn well well please. McMaster was in
my AC Flora graduation class of 1965. I do not need a state dinner at the Governor's Mansion in
order to discuss my hatred of Jews with him. Tell him to contact the AC Flora High School
reunion committee, and I will discuss it there with him. I have no use for Jews, and have no
qualms about discussion the issue with him. Damn Jews..they are scourge of the Earth.

by Wade Hampton III
COLUMBIA, S.C. (AP) — A South Carolina middle school
teacher was placed on leave after a social media post
accused him of being a Nazi who helped make travel
arrangements for white supremacists attending a 2017
rally in Charlottesville, Virginia, that ended in
violence.
68647

by PhuBai68
Each evening on our local news they give statistics on the covid 19 cases and deaths in South Carolina, Georgia and North Carolina.
Occasionally there will be some health official from one of those states speaking and I've noticed the head health honcho from North Carolina is this attractive "Irish looking" woman but with a very Jewish name PLUS she always is wearing this little Jewish symbol necklace, it kind of looks like ╖╖ this.
Strange how well they can blend into our society, looking at her I'd say Irish decent or Scots-Irish. 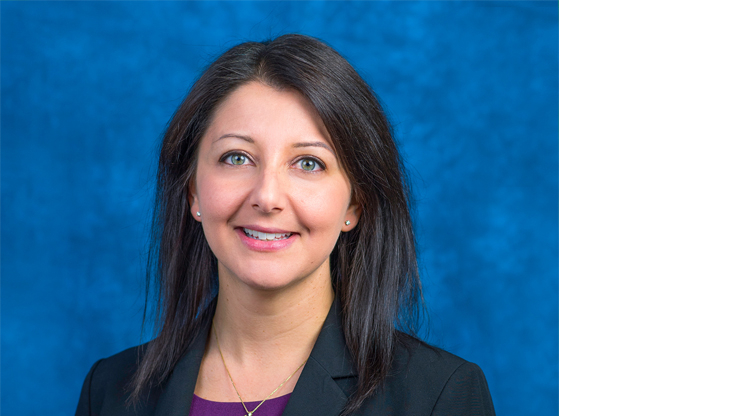 PhuBai68 wrote: ↑
Sun May 17, 2020 1:08 pm
Each evening on our local news they give statistics on the covid 19 cases and deaths in South Carolina, Georgia and North Carolina.
Occasionally there will be some health official from one of those states speaking and I've noticed the head health honcho from North Carolina is this attractive "Irish looking" woman but with a very Jewish name PLUS she always is wearing this little Jewish symbol necklace, it kind of looks like ╖╖ this.
Strange how well they can blend into our society, looking at her I'd say Irish decent or Scots-Irish.

That explains why Mandy has a Jew name. Couldn't find her maiden name.

She doesn't look quite so pink-cheeked, blue-eyed, and Irish in an unretouched head shot or in profile.

For me, Raleigh, NC, was a nice place in which to grow. It's so "progressive" now that I'm glad I escaped to East Tennessee in time to miss the "new NC." Wake County has been a sanctuary county for over a year now.

by PhuBai68
She certainly looks a tad more Jewey in the side profile pic Will.
I found one with that necklace she always has on. 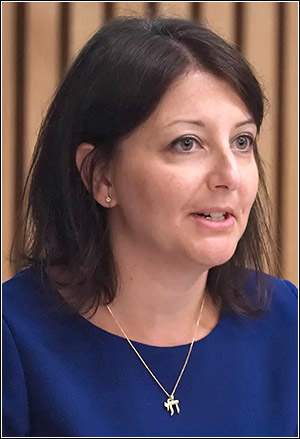 That pendant is the Hebrew symbol "Chai." Anyone interested in its meaning can search for it. I'm not interested.

She wants everybody to know she's a Jewess. OK. It's not unlike Alliance members proudly displaying our Life Rune symbol.

Mandy's wearing it proudly all the time probably indicates that she converted to Judaism, if she wasn't already a Jew.

by Wade Hampton III
"What does the Hebrew chai symbol mean?
Chai (חי) is a Hebrew word and symbol that
means 'life.' It is spelled with the Hebrew
letters Het (ח) and Yud (י). Jews will often
wear a Chai on a necklace, sometimes with a
Star of David or Hamsa."

I recently watched the late and beautiful
Caucasian-looking actress Susan Oliver.
Her beauty was nothing short of spectacular.
Commonly known as "The Green Girl" from the
pilot episode of "The Menagerie" in 1964,
she was actually born "Charlotte Gercke"
in New York City. As everyone knows, that
city is the capitol of International Jewry.
Of course, it is also the home of many
Caucasians as well. I am hoping the
latter is her case.
68772

A tad more from the side, yep, but get a load of Pennsylvania's counterpart:

Rachel Levine, M.D., is the Secretary of Health for the Pennsylvania Department of Health. She is the first transgender cabinet officer in Pennsylvania history and one of the highest-ranking transgender public officials in the United States. Born male and named Richard, Levine attended an all-boys private school outside of Boston. “All I knew is I wanted to be a girl, or I was a girl”...https://informationcradle.com/dr-rachel-levine/

Red-headed Richard, before he
became a <ahem!> blonde female